We had zero insight into what manager to employee communication was like before Lattice. Now we have an understanding of how good our managers are.

Third Bridge believes that the knowledge locked up in individuals’ minds provides the critical information to give its clients an investment advantage. This requires having a global staff with a deep understanding of markets and key drivers to help extract these insights. But for Kae Bandoy, the VP of People Development, that means building the best teams of people is key for Third Bridge to deliver on that promise.

Like many companies, Third Bridge long had a fairly traditional employee development process. While Bandoy says the corporate culture was built around offering clear and consistent feedback, she felt the culture could be even stronger. And more importantly, she wanted the concept of feedback to be able to scale alongside the breakneck growth of the company, which was recently recognized as one of Britain’s 100 fastest growing companies for the fourth year in a row. “We were providing and requesting feedback, but that information was being held in so many different places,” she says. “It was becoming unsustainable. We really wanted to strengthen our feedback culture, and we needed to scale.”

Complicating matters was the fact that Third Bridge had also recently implemented an Objectives and Key Results (OKR) strategy that is still being rolled out company-wide. Bandoy felt Third Bridge needed a platform that would not just support a more scalable feedback system; her goal was to find a system that would support the OKR framework, too.

Third Bridge already had an HRIS solution in place, but it was too limited for the company’s needs, and it was primarily used to manage an increasingly archaic annual review process. It didn’t support OKRs either, and Bandoy knew it was time to find a system that could connect feedback with employee goals. “We’d never had a performance management system before,” says Bandoy, “and we weren’t super familiar with what they could do. We didn’t know what was possible.”

But at the top of Bandoy’s list was one thing: user experience. Whatever tool the company settled on, it had to be easy for everyone to use to maximize adoption internally and ensure they were creating healthy practices. Not far behind was another deal-breaker item: the tool absolutely had to integrate with Slack, a team communication tool that is particularly crucial for Third Bridge, given that the company employs over 900 people across three continents. The company had created a strong culture of consistent cross-border collaboration, and Slack had become the cornerstone.

Ultimately, it was Lattice’s integrated functionality for Slack that made it the hands-down favorite, allowing employees at Third Bridge to unlock Lattice’s features without disrupting their workflow. “We were never going to work with anyone who didn’t integrate with Slack,” says Bandoy.

When Third Bridge started their company-wide, international rollout of Lattice in January 2019, the team quickly started seeing value. “It was pretty seamless,” says Bandoy. “We didn’t turn on every single feature initially, and to be honest, we’re still not there. That’s in part because of our size, and in part because we’ve never used a tool like this before. “

Lattice presented a much different way of providing feedback than the company’s old system, and as with any major change of process, that meant advocacy and encouragement were key. Bandoy notes that, in the early days of implementation, her team created an internal video series with senior executives sharing personal stories about valuable feedback they received in their careers to emphasize how important feedback is to a successful company culture.

Interestingly, different features of Lattice have been adopted more quickly within the company in different regions. “In Asia, they use Praise much more than any other office,” says Bandoy, noting that the team there has created a thriving culture by celebrating wins. Teams that are globally based – such as Bandoy’s own group – tend to heavily use the 1:1 feature, which is designed to allow managers to check in with direct reports. Where it was once difficult for distant teams to keep up to date, the 1:1s tool has enabled a new way for consistent collaboration. “One of the key features for us has been the ability to have a 1:1 with someone who isn’t your manager,” she adds. “That was a game changer, particularly for the people operations team, because they’re always working with managers in other departments.”

Early feedback was incredibly positive, Bandoy says, and while encouraging people to “embed Lattice in their day to day” is a long-term endeavor, she says it’s largely caught on organically thanks to Lattice’s seamless UX. Meanwhile, the product team at Lattice worked directly with Third Bridge to gather feedback and enhance the platform even further, particularly the Slack integration.

“I found the team really, really easy to work with. For example, when we adopted Lattice, the Slack integration was being improved, and Lattice collected our feedback directly. As a customer, it was great. It made us feel like they were building the feature just for us.”

At the end of the year, when employees expecting a traditional year-end review, they are in for an exciting change. “This year we’re not doing annual reviews,” she says. “It may be controversial, but I want to do a big campaign around how important it is to set your objectives at the beginning of the year and how to be more forward looking instead of looking back.” She adds that Lattice now gives employees a more immediate understanding of their performance, saying, “Employees used to say, ‘I have to wait for a manager to give me feedback,’ or ‘I don’t know how I did in that meeting.’ Now they can actually go and look for that feedback themselves.”

Third Bridge still plans to do smaller reviews on a quarterly or semiannual basis, she adds, but notes that these may primarily take the form of people updating their OKRs rather than being graded by their managers on their performance. Over time, the goal is to provide continuous feedback rather than a periodic review. Bandoy cites Lattice’s superb user experience (and that critical Slack integration) as the main driver for making that possible.

And for Bandoy personally, perhaps the greatest impact of Lattice is that because everyone at Third Bridge is empowered to give feedback in the moment, she can now directly monitor and learn from the feedback that managers are giving to their team.

“What we’ve done is decentralized the feedback collection process, so managers can collect it whenever they want, employees can give it whenever they want rather than, ‘Oh, let’s wait until the end of year process to give this feedback to that person.’ It’s a shift in performance management culture.”

Bandoy’s next big goal is to tackle separating career development from performance. “I’m looking for ways that I can use Lattice to give employees a non-threatening way to bring up advancement with their manager,” she says. “This idea that employees can take ownership of their development even if their manager is busy – it’s powerful.” 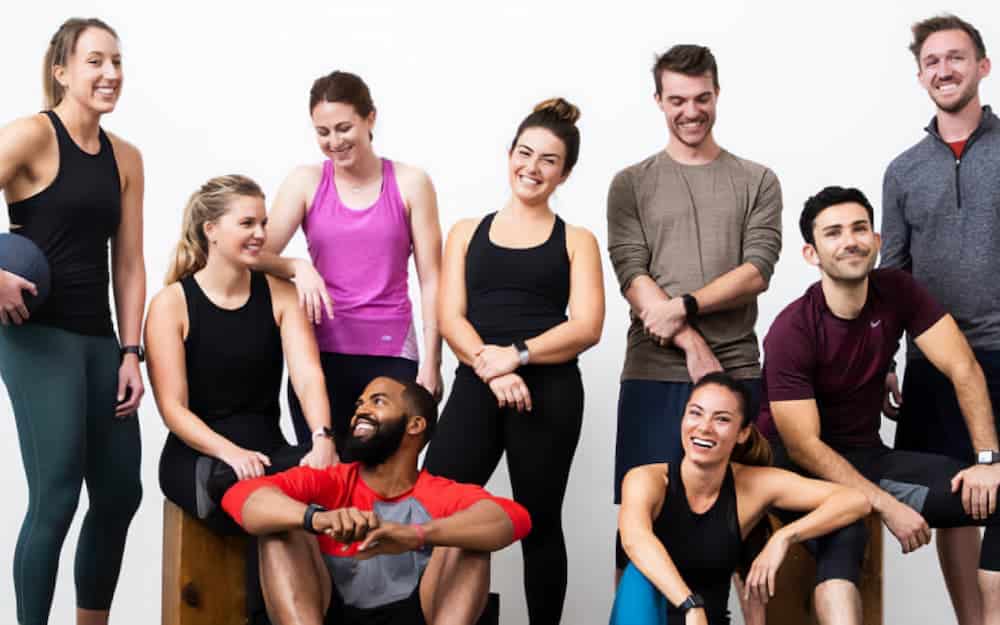 How DECIEM Laid the Foundation for their People Programs at Scale