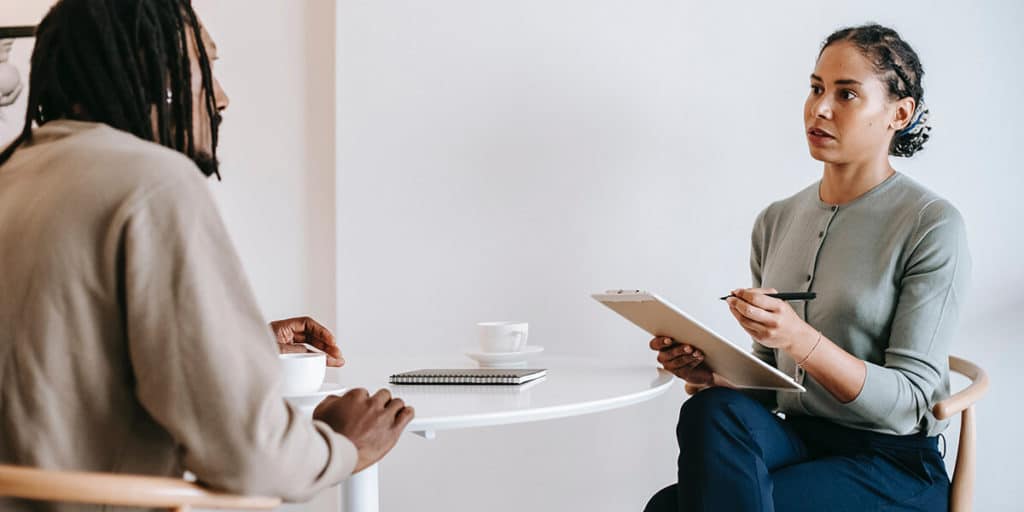 ‍Reviews are a critical part of any effective performance management strategy. And while traditional performance reviews — which allow supervisors to provide feedback to their direct reports — can be helpful, gathering feedback from multiple sources at different levels of the organization can be an even more effective approach to employee development.

There’s no doubt that 360 reviews are an excellent way to gather feedback from stakeholders at all levels of an organization, and leverage that feedback to drive performance, development, and growth for individuals and teams. But what, exactly, are 360 reviews — and what kind of benefits and challenges can they bring to your organization?

Here’s a closer look at everything you need to know about 360-degree reviews.

What Is 360-Degree Feedback?

Patricia Thompson, PhD, corporate psychologist, executive coach, and President of consultancy Silver Lining Psychology, explained it visually: “If you imagine the 360 degrees of a circle, with the individual in the middle, they are getting feedback from those above and below them on an org chart, as well as those who are horizontal,” she said.

Generally, 360 reviews are anonymous and include the people who work closest with the employee to obtain the most relevant and helpful feedback.

While 360 reviews can be an extremely effective performance management tool, they, like any other method, have their advantages and disadvantages.

Before embarking on this process, it’s important to acquaint yourself with the benefits — and be prepared for any challenges that may arise. These are the pros and cons of 360-degree reviews.

1. They provide better, more well-rounded, and more diverse feedback. During a traditional review, the employee gets to hear feedback from one person — their direct supervisor. But the 360-degree review process pulls feedback from multiple people at multiple levels (including colleagues, peers, leadership, and direct reports), which gives the employee a much broader, more diverse, and, in many cases, better and more accurate range of insights into their performance.

“360 [reviews] give the employee a wide range of feedback, which tends to provide more insight than simply being reviewed by their boss, who only sees how they perform in certain settings,” Thompson said. “In addition, if an employee has a manager who is not particularly effective at giving feedback, it gives [the employee being reviewed] the opportunity to get constructive feedback from other sources.”

2. The 360-degree feedback helps identify developmental needs — both at an individual and organizational level. Another major advantage of 360 reviews is that they’re an incredible tool for identifying the employee’s developmental needs.

“The consolidation of feedback into a 360-degree review creates visibility to common themes that can help an employee identify areas of focus for their growth and development,” Inoa pointed out.

For example, if, during a 360 review, an employee gets feedback from their direct supervisor, their direct report, and multiple peers that they need to work on their time management skills, it’s clear that time management is an opportunity for growth. They can then work with their manager on setting goals and developing an action plan to help facilitate that growth.

Conversely, if that same employee was only being reviewed by their supervisor, that feedback might not have surfaced. Or, if it did, it wouldn’t be as clear that this was an area for improvement for that employee; because the feedback was coming solely from one individual, it could easily be biased. However, when you see the same feedback coming from multiple sources, it makes a stronger case that whatever is being presented really is an issue for that employee to work on.

Another benefit of 360 reviews is that they can help identify what an employee needs to work on in relation to specific colleagues or groups of people within the organization — for example, their manager, peers, or direct reports.

“360 [reviews] can also help you to fine-tune your development efforts by enabling you to see if you are perceived differently by different groups of people,” said Inoa. “For example, if your leader thinks you are phenomenal, but your direct reports think the opposite, that would suggest that you need to focus your efforts on building your relationship with your team and enhancing your leadership skills. On the other hand, if you had the opposite pattern, you would likely follow up with your boss to find out his or her perspective on why you aren’t meeting expectations.”

Additionally, 360 degree feedback can help identify developmental needs at an organizational level. For instance, if multiple 360 reviews reveal that employees are struggling with motivation and engagement, it could be an organizational issue, not an individual one. Leadership could then use those reviews to develop a plan to drive employee engagement and motivate their teams.

3. The 360-degree feedback makes managers better. It’s clear that 360 reviews are extremely helpful for employees. But they are just as helpful for managers. By giving employees a safe place to provide upward feedback to their managers, 360 reviews keep leaders accountable for their management decisions and impact, and deliver the insights they need to better manage their teams.

“A 360-degree review creates a place for employees to provide upward feedback about their manager that they may not feel comfortable doing in a one-on-one forum,” Inoa noted. “This can inform a leader’s holistic understanding of the impact they’re having on their direct reports.”

Another way that 360 reviews can help managers is that they give them outside insights into how their direct reports are performing (e.g. feedback from other departments), which can give them a broader view of their employees’ performance. Again, this will provide them with the insights they need to better manage and develop their teams.

“360 [reviews] can help leaders gain insight into how others perceive their direct reports,” said Thompson. “In turn, this can help them coach [their employees] more effectively, and have more well-rounded conversations about their development.”

4. Employees are more trusting of 360-degree feedback. Some people struggle to deliver feedback face-to-face, particularly if the feedback is challenging. This can lead employees to question the honesty of the feedback they receive during the traditional review process. For instance, if a supervisor tells an employee they’re doing a great job during a review, they may question whether they’re actually doing a great job, or if the supervisor just feels uncomfortable telling them they’re not performing at the level they expect.

But because 360 reviews offer a variety of perspectives — and because they are generally anonymous, which allows people to speak more freely — employees tend to be more trusting of the feedback they receive during the 360 review process.

“Because the 360 ratings are [typically] anonymous, people are often more candid than they would be if they were providing the feedback face-to-face,” Thompson noted. “As a result, you can get a very clear sense of how others really perceive you.”

1. In order to be effective, 360-degree reviews need the right participants — and the right method. Clearly, there are plenty of pros to 360 reviews. But they’re not without their challenges; like any review or feedback structure, if a 360 review isn’t administered to the right people, it might not generate the most effective, helpful feedback.

“If an individual doesn’t select a wide range of raters, the results will likely be skewed,” Thompson cautioned. “For example, if you only choose raters who view you positively, then you may miss out on the opportunity to get high-quality, constructive feedback.”

2. The 360 review process can be more involved than other types of review processes. Yes, 360 reviews are effective — but there’s no denying that they require a lot of effort. Gathering feedback from multiple sources can translate into a larger time investment, and the more people you have sharing feedback, the more opportunities there are for people to feel irritated or discouraged if their feedback isn’t used and acted upon.

“Stakeholders invest a great deal of time providing input into a 360-degree review,” Inoa said. “There is a risk that they will feel frustrated if they provide input, but don’t see action being taken.”

Not only can 360 reviews be harder to coordinate, they can also be difficult and unwieldy to manage. Without the right software, keeping track of, organizing, and delivering feedback can be frustrating, tedious, and time-consuming.

Why the Right Software Is a Must for 360 Reviews

Overcoming the potential downsides of 360 reviews is simple — as long as you have the right tools. Lattice simplifies the 360-degree review process by making it easy for stakeholders at all levels of the organization — including leadership, managers, peers, and direct reports — to deliver feedback in real time. Lattice also adapts to fit your organization’s performance management model, streamlining the review process whether you deliver reviews on an annual, mid-year, quarterly, or ongoing basis.

After weighing the pros and cons of 360-degree reviews and deciding to move forward with this process, you need the right software to coordinate, manage, and administer 360 reviews effectively — and Lattice can help. Anniversary Reviews vs. Focal Reviews: How to Time Employee Evaluations 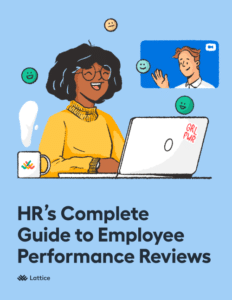 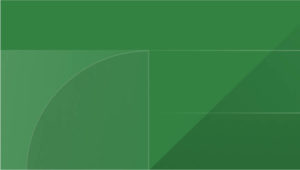 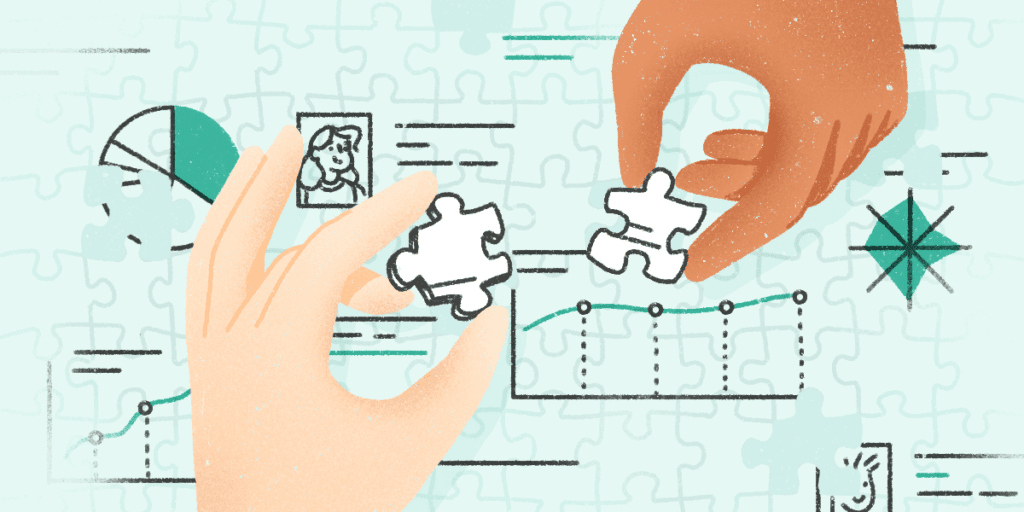 How to Get More Out of Your Performance Review Data How to Write a Peer Performance Review How to Motivate Employees With Weekly Updates or ‘Snippets’ The 7 Secrets to ‘Managing Up’ Effectively