Check it out and join the community
Performance Reviews

How Performance Reviews Can Help Combat Bias in the Workplace A quick glance at the leadership teams of most companies will tell you a lot about workplace bias: It’s pervasive. Widespread — and unfair — societal biases greatly affect who makes it to the top, where women and people of color are continually underrepresented and underpaid.

Formalized performance review systems represent a tangible tool that we can use to combat bias and promote diversity, equity, and inclusion (DE&I) in the workplace. Research shows that organizations that lack a formal performance review process are more likely to exhibit heightened bias against women and people of color. Without a formal system in place, managers are prone to falling back on their “gut instinct” — which is laden with bias — when making decisions about roles and compensation. Rather, as Emily Goodson, founder and CEO of Culture Smart, a people and culture consultancy firm, noted, “there needs to be structure around how decisions are made, who makes them, and what information goes into the decision, especially specific to promotions and raises.”

How to Restructure Performance Reviews to Combat Bias

A performance management overhaul is no easy task. Nor have researchers discovered the ultimate performance review panacea to root out bias once and for all.

“It’s really tough,” said Lauren Aguilar, PhD, cofounder of Forshay Consulting, an inclusion and diversity organizational consulting firm. “As researchers, we’ve made a lot of progress, but no one has solved it yet.”

As researchers continue to collect qualitative data, their recommendations for best practices are evolving in the fight against bias in the workplace. Here’s where to get started to bring this crucial work to your organization.

It’s up to Human Resources to provide managers with the tools, processes, and approaches needed to conduct more equitable performance reviews, and HR needs backing from the top. Begin by training managers on unconscious bias awareness, teaching them to provide better feedback, and ensuring that they adhere to uniform criteria across all employee reviews.‍

1. Start with unconscious bias. Unconscious bias, also called implicit bias, is defined by Vanderbilt University’s Equity, Diversity, and Inclusion initiative as “prejudice or unsupported judgments in favor of or against one thing, person, or group as compared to another, in a way that is usually considered unfair…Unconscious bias occurs automatically as the brain makes quick judgments based on past experiences and background. As a result…certain people benefit and other people are penalized.”

These biases, by definition, operate outside of our own conscious awareness, which is what makes them so insidious and difficult to combat. And in the workplace, to great detriment, they lead to biased decision-making on crucial issues that affect people’s livelihood, wellbeing, and chances for success.

Through unconscious bias training, people come to understand their own ingrained, and often unexamined, stereotypes about others based on factors like gender, race, or able-bodiedness — and how to change this. Unconscious bias training is a necessary first step, but the work to combat bias doesn’t stop there.

“HR managers need the support of their leadership teams to create systems that combat workplace biases,” Goodson stressed. “It’s not a ‘check-the-box’ activity. Leadership teams have to be willing to put in the effort to improve and continuously evaluate on an ongoing basis.”‍

For example, women may receive a general blanket statement like, “You’ve had a strong year,” whereas men may receive feedback peppered with specifics, along the lines of something like, “Your ability to keep both parties at the negotiating table shows your professional development in this area, and also resulted in our firm’s success in getting the deal signed.”

Over the course of a career, these kinds of disparities can have negative implications for your professional growth and development if you’re in a group that’s on the receiving end of the bias.

A nonspecific “great job” doesn’t lend itself to the same learning potential for the employee as incisive feedback and constructive criticism linked to tangible outcomes. And yet, “we can’t expect managers to give more objective feedback without training and practice,” said Goodson. “Likewise, leadership teams and decision-makers need to be trained on common biases and actively agree on tools for mitigating them.”

3. Ensure that managers adhere to uniform criteria. Train managers to catch and reduce bias in performance reviews by using a standardized criteria for reviewing employees. Here are some key guidelines for managers to follow:

Calibration is the act of reviewing and adjusting employee performance reviews by more senior staff or a specially selected team. As an additional measure to combat bias, organizations can use calibration teams or calibration workflows to ensure manager reviews of employees are objectively verified.

1. Calibrate before bonuses or promotions. “I think one of the most dangerous pieces of the decision-making process is not calibrating amongst managers,” Goodson warned. “Research shows that women tend to receive feedback that is more subjective than men, so it’s important that leadership calibrates and fact-checks manager reviews before using them as the sole deciding factor for pay increases or promotions.”

‍Calibrating feedback and performance reviews among senior management is a valuable tool in the fight against bias — when done correctly. But beware that calibration can also be a place where bias is more prominent because people are making decisions together and can fall back on their personal prejudices and influence each other in negative ways.

“We get groupthink; lean on recency bias, whereby we focus on recent achievements or issues; or echo the observations and opinions of the most senior person in the room,” Aguilar said.

‍2. Ask for proof in the moment. To counter bias in calibration, Aguilar and her team at Forshay Consulting have developed Calibration Cards for companies like Airbnb and eBay. Managers enter a calibration meeting with a physical set of two-sided cards. On one side is a reminder of the biases that could come into play. On the other side is a question that prompts the calibration team members to provide proof for the statement they’re making.

For example, if one manager says, “I think Bob has really high potential,” someone in the room may refer to a card which prompts them to ask the manager making the statement, “Could you give us an example of one time you observed Bob’s high potentiality in action?” Tools like this also add a lightness and humor in the moment.

“The cards take the finger-pointing out of it,” Aguilar noted.

Consider the Impact of COVID-19

Today, organizations are wondering how to deal with and adjust for the stress and burnout of 2020 in performance reviews, and rightfully so. However, this has unfortunately led some companies to scrap this year’s performance reviews altogether — while inadvertently leaving the door wide open for bias.

Rather than skimp on performance reviews under the auspices of generosity and compassion, companies must think hard about how they can adjust the review criteria to reflect a year marred by crisis. Yet recent research by McKinsey & Company has found that less than one-third of companies have done so. This could carry dire consequences for people like parents or caregivers who have had to refocus their priorities out of necessity this year.

“To ensure this doesn’t systematically undercut folks who — like parents, like mothers — are taking time off for childcare during COVID, we need structure to account for this year’s events in our systems,” Aguilar said. “Adding structure to our systems keeps us from dealing with just our impressions, and that’s where bias slips into decision-making.”

When structured properly, performance reviews can help managers reduce bias in their feedback, provide more equitable and constructive criticism, and frame decision-making for promotions and monetary rewards around factual information, rather than impressions or gut feelings. By doing so, we begin to root out the unconscious or implicit biases that drive problematic decision-making at the office, and get closer to the ultimate goal of achieving equitable workplaces for all people. 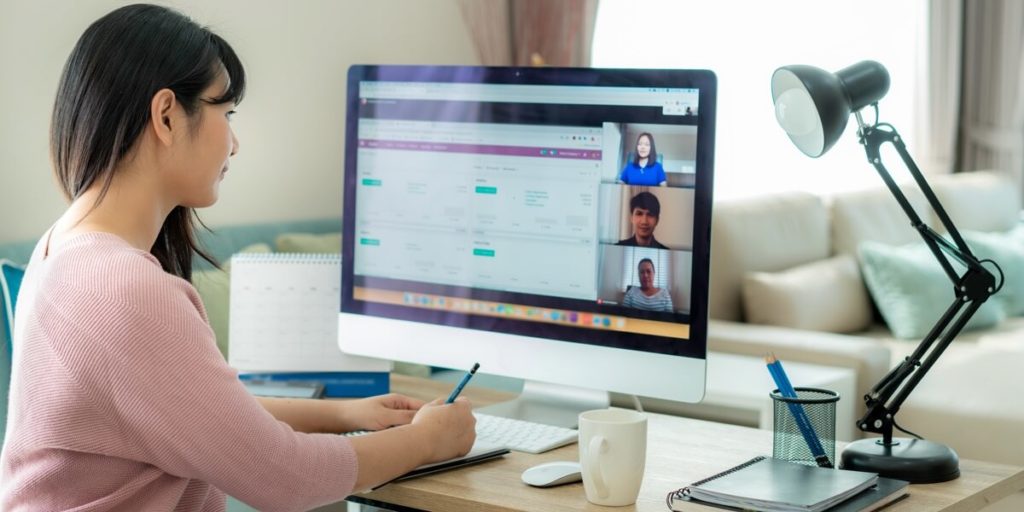 20 Questions You Should Be Asking in 360-Degree Performance Reviews How to Write an Upward Review — Plus Examples How Often Should Your Company Have Performance Reviews?