Funeral Directors Life partners with funeral homes across the country in an effort to help facilitate healing and meaningful funerals for every family, every time.

We've realized that Lattice can help us scale both our business and our culture as we continue to grow rapidly.

Due to the nature of the work, FDG is very people-focused. In line with that, the company’s goals are focused on hiring people who are motivated by a desire to help people, and also to help those people achieve great outcomes, both professionally and personally. Finally, DIG wants to empower “people to co-create a remarkable workplace community and workplace experience,” Ryan says.

One of the core operating principles of FDG is “To Grow the Company,”  which it does by constantly investing in people, and reinforcing company values of love, growth, and community. While these values were organically integrated throughout the company prior to Lattice, they weren’t formally published for everyone to see, so it was difficult, at times, to reinforce and tie employee feedback directly to those values.

Ryan discovered Lattice by Googling “OKR software” because their executives wanted to implement OKRs across the entire company. But after seeing the platform, Ryan and their internal Lattice implementation team realized that “Lattice had a lot of potential to help reshape the way that we think of all of our people management things at our company in a much clearer and more comprehensive way.” FDG was looking for not only a consistent, standardized way to write and pursue business goals, but wanted to focus on measuring how people delivered impact and value as well as how they could grow in the future.

While FDG was originally looking for software to help with goals, the company realized a majority of the team was not familiar with OKRs just yet. There was still some work to do before rolling it out to their entire organization. To get started with Lattice, they implemented 1:1s and Update tools to streamline their internal communications.

These tools allow FDG to do more consistent one-on-one meetings by establishing a cadence and structure for everyone to follow. Prior to Lattice, for the one-on-ones that were happening, many were basically status check-ins. Now the two are split out, so meetings can be focused on the needs and wants of their employees.  “I’m pretty consistently hearing people say that now our one-on-ones are only taking 10 or 15 minutes and we’re getting way more done in 15 minutes than we did in the 30 or 45 minutes that we were previously using.”

While Lattice has helped FDG improve one-on-ones, the impact has been beyond those individual conversations. “Lattice gave us a framework but also a sense of urgency to more clearly define that collective heartbeat of our organization,” says Ryan. “It also gave us tools to reinforce those values in a way that we didn’t have previously.”

Amazingly, about 91 percent of employees are currently participating in one-on-ones. And by providing the framework, Lattice has also helped FDG employees have more connective coaching conversations, which is in line with one of the company’s principles of growing people. “I think the biggest success was really trying to find what we thought would be maybe the easiest win at first that kind of aligned with the things that we already say we really care about like investing in people,” says Ryan. “You want to have these really meaningful, impactful conversations. How we’re going to make these even better than they already are is we’re going to use this tool. I think that that really helped us.”

In addition to enabling more effective 1:1s, FDG has used the performance management tool to reinforce more constant communication and feedback, a direction in which the company was already moving. “We want to empower every employee in the company to provide real-time constant feedback and praise.” Part of this process has been to make sure people know where they can see public praise with the system, and while they’re there to encourage them to leave feedback for others. FDG already has three or four teams where every employee has been actively using the tool.

The feedback tool has also helped employees see what’s going on outside of their teams. “Having this public tool has encouraged people to think beyond their little spheres of influence. It actually has provided tools where we’re also seeing the things sales managers out in the field are experiencing and praising each other for. It’s building some connection between in-house and field as well in a way that maybe we didn’t expect. I think it’s made feedback with, or maybe connectivity with remote employees just a little better, too.” says Ryan.

Most of all, Lattice has allowed FDG to be true to its values as it continues to grow as a company and a community. “We’ve realized that Lattice can help us scale both our business and our culture as we continue to grow rapidly. Because 30 or so percent of our employees have been here less than two years and most of those are new positions and so we’re growing really quickly, it’s paramount that we continue to preserve that identity and carry it forward in a new way.” 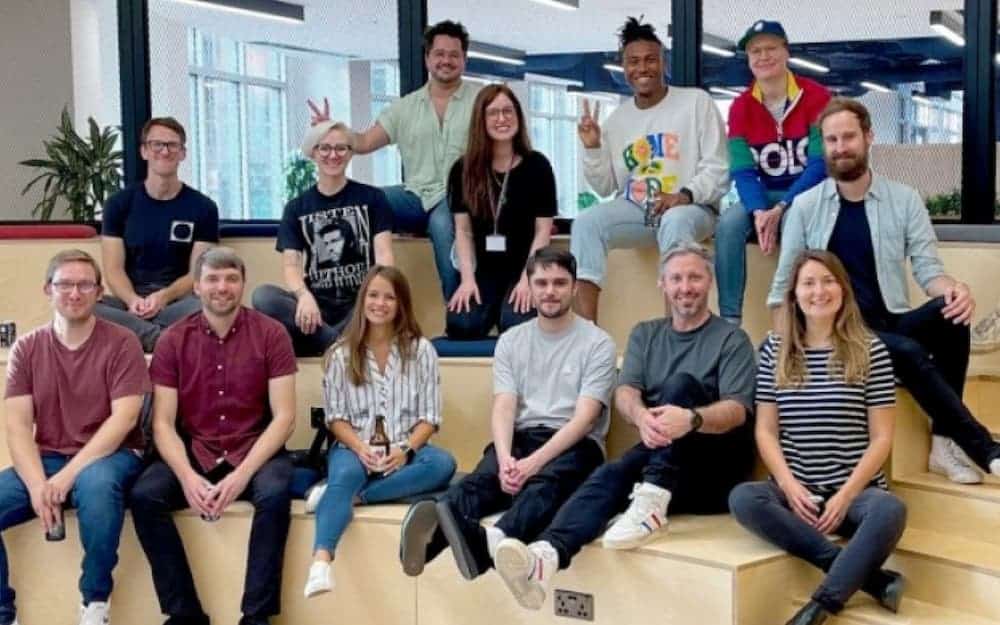