Check it out and join the community
Goals and OKRs The last few months of change and crisis have done a number on worker morale. Employees report feeling stressed, disengaged, and disconnected from their peers. Others had it worse, having been furloughed or laid off.

As businesses start reopening, leaders will look for ways to get employees back into the swing of things. While that’s easier said than done in a pandemic, goal-setting can be used to regain some semblance of normalcy. Here’s how HR teams and managers can use goals to refocus and energize employees.

1. Use surveys to gauge morale.

It’s been a tough year so far, and employees have a lot on their minds. Some teammates might be returning after months of unemployment. Get a sense of where employees’ heads are at before jumping straight into goal-setting.

“Many will be dealing with lingering effects of the pandemic, and all that has gone with it, including overwhelming levels of stressed that have led to mental health symptoms, anxiety, and depression,” said Dr. Bruce L. Thiessen, a clinical psychologist. Some employees may have been personally affected by the pandemic or had a loved one fall ill.

Those feelings, coupled with the fact that returning to work can be an emotionally-charged experience, means you may need to tweak the scope of certain goals depending on the individual. That might mean softening SMART criteria and focusing on high-level process improvements rather than hard individual targets. Through manager conversations and employee surveying, see what employees are actually ready to take on.

“Put process orientation over task orientation, especially in the initial phases. Be aware that some employees may re-enter the workplace with ambivalence and reluctance, even open resistance. Don’t judge them for it. Rather, help them through it, or refer them to someone that can,” Thiessen said.

If the past six months have taught us anything, it’s to expect the unexpected. The last thing employees want to work towards is meeting a target that’s six or twelve months out. Instead, management experts advised focusing on the short term, even if that means you have to set goals every month.

“Goals are extremely important as we come out of COVID-19 quarantine. By setting specific short and medium-term goals it allows teams to get back into their rhythm as quickly as possible,” said Zack Zarrilli, founder of Surefire CPR. Setting quarterly or monthly targets doesn’t just make goals more tangible, it also fast-tracks opportunities for recognition. It’s intuitive enough: The quicker your employees have the chance to crush a goal, the sooner you can broadcast those wins on a praise wall or via Slack. After a turbulent few months, small gestures like those go a long way in righting morale.

“A few short-term, attainable goals will lead to early wins which can improve morale that may have languished. Team members might be feeling low due to the negativity in the news, inability to socialize in person, and difficulties getting outside. Combat these feelings and motivate your team by setting some smart, measurable targets to get your team back on track,” Zarrilli said.

In later months, you’ll be able to broaden your scope and set long-term goals again. But when it comes time to do so, you’ll at least have a post-COVID baseline to work from. Short-term outcomes will help you understand what your “new normal” actually is. “Besides, achieving long-term goals requires the accomplishment of a fair amount of smaller ones. Prioritizing tasks that the team can do right now is better than trying to set up goals based on the unforeseeable future,” said Mazen Aloul, founder of WebQuest.

3. Use shared goals to spur collaboration.

No one wants to just be “told” what to do — especially coming back to work after a tumultuous few months. If it was best practice to involve employees in goal-setting before the crisis, it’s especially important now.

“It’s just more effective when departmental and team-level goals are set collectively rather than coming from the top-down as a directive. When employees are involved in the goal’s formulation, they take more ownership of both the process and outcome, and there is an emotional investment,” said Marilyn Devonish, an executive coach at TranceFormations. After getting a read on how their reports are feeling, managers should spend time during one-on-ones to talk through priorities and arrive at targets they can buy into.

“You need to provide a reason for them to engage and even be excited about the goal,” Devonish said.

In addition to making goal-setting collaborative, extend the same spirit to accountability and ownership. Despite HR’s best efforts, employees may not feel particularly unified right now. When multiple departments share goals, it can revitalize relationships that suffered during COVID-19 closures or the transition to remote work.

“A goal exists to give direction to your efforts, which is the reason I think they’re especially important post-COVID…The best goals encourage employees to establish better habits and become more productive as a unified team. Working toward a common goal can help to rebuild that sense of workplace community that may have been lost during extended remote work,” said Matt Erhard, Managing Partner at Summit Search Group.

Beyond just promoting greater business outcomes, shared accountability might provide a boost to morale, too. “The feeling of working together toward a greater purpose can be a big motivator,” Erhard said.

4. Give employees one stretch goal at a time.

We’ve written about stretch goals before. While they’re powerful motivators under normal circumstances, experts warned that it’s easy to overdo it right now. Like athletes raring to go after an injury, employees can’t be expected to suddenly juggle five or six ambitious targets. Rather than encourage employees to take on multiple stretch goals at once, take a piecemeal approach. That could mean setting “mini” stretch goals, one at a time, that span just a month or even a week.

“If goals are too easy, they don’t motivate. But if your goals are too big, they will sap the will to succeed. Big goals are great, but you’ll need to break them up into steps to motivate employees,” said James Osborn, a leadership coach. As employees start getting into the swing of things, you can pick up the pace. “Set weekly targets that take you to the quarterly goal. Curve up to recognize that coming back to work does not mean being at 100% from day one,” Osborn said.

While it’s easy to assume returning employees will agree with the phased approach, some may actually want to bite off more than they can chew. It sounds counterintuitive, but managers may need to play an active role in tempering expectations among “all-star” employees who might be worried about their job security and thus eager to impress.

“Reflecting on the situation in my own company, it would appear that there are two groups of employees now. One group is suffering from a lack of motivation after the lull while another group is raring to go and prove that they are indispensable to the company in these times of uncertainty,” said Albert Lee, founder of Home Living Lab. Managers need to be careful that the latter camp doesn’t accidentally burn itself out.

“For the group that is raring to go, I would still keep the goals realistic but at the same time propose one stretch goal for them each,” Lee said.

Goal-setting is supposed to inspire employees and give them something to work toward. But when they aren’t easy to set, update, or track, they just end up gathering dust on the shelf — leaving employees disengaged and feeling without direction.

Lattice makes it easier for HR teams, managers, and employees to deliver on the promise of goal-setting. To learn how our software helps drive company and employee performance, sign up for a free product demo today. 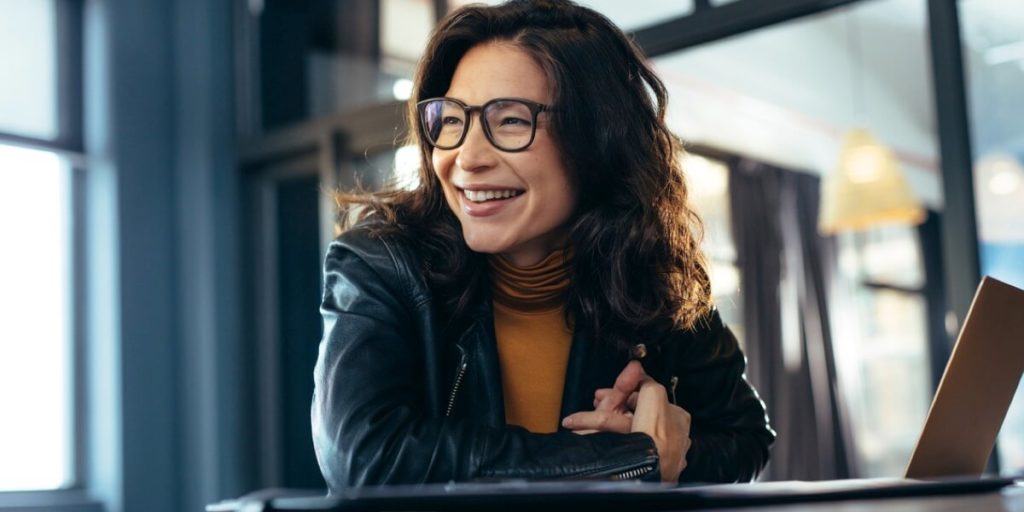 How to Get Executive Buy-In for OKRs and Goal Setting