Check it out and join the community
Compensation

How to Eliminate Bias In Your Compensation Strategy When the Equal Pay Act was passed in 1963, women earned 59 cents for every dollar earned by men. But while some strides have been made since then, pay inequity is still a very real problem for today’s workforce. Data from 2020 released by the US Bureau of Labor Statistics (BLS) found that white women earned 82 cents for every dollar earned by white men. When we look at the wage gap through the framework of intersectionality, women of color fare much worse: According to research from the National Women’s Law Center (NWLC), a nonprofit organization that advocates for women’s and LGBTQ rights through litigation and policy initiatives, Black and Latinx women receive 64 and 57 cents, respectively, for every dollar their white, non-hispanic male counterparts earn.

But it’s not all bad. Increasingly we see companies working to close the wage gap with pay equity audits (PEAs) and greater pay transparency. And on the employee side, the shift among younger demographics away from the formerly taboo nature of discussing pay is helping advance pay equity, too.

Curbing pay disparities is no easy feat, though; pay gaps are often rooted in bias, many of which are unconscious, making them hard to eliminate completely. But with increased awareness and the right structures in place within pay practices and compensation decisions, companies can build more equitable compensation strategies for all their employees.

Here are four ways to eliminate bias in your compensation strategy.

In general, companies still pay female employees and Black, Indigienous, and people of color (BIPOC) less than white or Asian men. Since starting salaries set the course for one’s future compensation, it’s especially important to ensure fair starting salaries to prevent the wage gap — which only compounds over time.

“If you don’t have an equitable compensation strategy in place out of the gate when you’re hiring people, you’re going to have a pay gap,” cautioned Amy Spurling, CEO and founder of Compt, an employee perk stipend benefit company. “And that only gets worse over time because of percentage-based pay raises.”

Starting salaries are crucial to get right, because this is where biases often creep in — and where they need to be rooted out from the get-go.

“When an employee first comes in the door, you don’t know what their performance is going to be like,” said Cassandra Faurote, CCP, SPHR, Founder & CEO of Total Reward Solutions, an HR consultancy specializing in compensation and rewards. “So starting pay should always be based on the education and previous related experience that they’re bringing to the job.”

But unfortunately, this isn’t always the case. Instead, what commonly happens is that since there’s less information available about a new hire, the people making hiring decisions are more likely to fall back on unconscious biases in their decision-making.

In order to attract the best talent and reduce the chance for bias to sneak into compensation decisions, Spurling said that her organization, Compt, doesn’t negotiate starting salaries. “We don’t believe compensation should be a dance around $5 or $10K,” she said. Rather, when the company makes an offer during the hiring process, it’s their best and final offer. The organization shares this information with the candidate, and explains that the offer is based on benchmarking data for the role within companies of its size and industry. This data is even made available to the candidate or new hire if they’d like to see it.

Ensuring a fair starting line is a vital first step to removing bias from your compensation strategy, but it’s just the beginning. Measuring and tracking pay across demographics and identity groups to watch for inequities is the next step organizations must take.

2. Conduct the right audits and analyses.

In order to eliminate bias from your company’s compensation strategy, it’s critical to check for existing examples of it. “Employers should be doing [a] pay equity analysis yearly to look for any pay discrimination or pay equity issues,” Faurote advised. A PEA should compare “like with like work,” said Faurote, while taking into account differences for years of experience, professional training and certifications, and education.

But while Faurote (and other experts) recommend at least yearly audits, one study found that only 22% of the 922 largest public companies in the US reported doing a PEA between 2016 and 2020.

Conducting PEAs and making corrections is important, but to thwart biased pay practices, companies must also pay attention to other areas, too. For example, at Compt, the company conducts a market pay analysis annually for each role and provides pay adjustments accordingly.

“We want to find out, if [an employee] walks out the door right now, what would [we] have to pay a new person coming in?” said Spurling. “And if it’s more, then we pay [that person] more.” This practice helps prevent wage compression, when incoming hires earn equal to or more than more tenured employees, and can help guard against pay inequity.

It’s also important for companies to review pay when they change the starting salary for the same or a similar position, Faurote said. “You need to check for pay compression in those roles and for any kind of potential discriminatory issues.”

“A compensation strategy is typically in place to prevent bias in what is developed or executed in compensation,” Faurote said. “The issue is that People leaders still have biases, and companies must complete [an] analysis on the backend to ensure that is not creeping into performance management and/or merit increases.”

There are a few actions you can take to help make performance management at your organization as unbiased as possible. First, you can perform a discrimination analysis on performance reviews, where you compare reviews from managers across various demographics and watch for bias. And before making decisions about pay raises and promotions, it’s best to calibrate employee performance, where HR works with managers to uniformly rate direct reports’ performance based on the same company-wide standard.

“By performing discirmination analaysis on your performance reviews prior to managers being able to deliver [pay raises or performance reviews comments] to the employee, you can catch potential discrimination issues and prevent them from seeping into compensation decisions,” Faurote said.

3. Ensure there’s diversity and equity at every level of your organization.

Even if you conduct annual pay equity audits and make corrections as needed, it’s nearly impossible to tell if your organization’s pay practices are equitable unless you have equity for all employees across every demographic and identity group at every level of the organization to begin with.

Some organizations will choose to have different compensation strategies for different levels of the business, also known as employee segments, and this is generally accepted as a fair and equitable practice — when it’s done right. For example, Faurote said a company may decide to pay executives 75% of the market value for their senior leaders, while choosing to pay 50% of the market for entry-level positions. That’s a company’s decision and not necessarily a discrimination issue. But, when the majority of senior leaders are not BIPOC or women, and most of the entry-level employees are BIPOC or women, you’re liable to end up with biased pay practices — and maybe legal risks, too.

“Even though the intent behind this approach is to treat each employee segment as needed, relative to the market, it can inadvertently create biases depending on how the company has distributed populations within each of those employee segments,” Faurote noted.

The numbers bear this out: According to 2018 research by the National Women’s Law Center, “In 2016, women made up nearly two-thirds of the nearly 24 million workers in low-wage jobs (defined as jobs that typically pay $11.50 per hour or less), though they make up slightly less than half (47%) of the workforce as a whole. Women of color are particularly overrepresented in these jobs.”

When asked how a company might go about controlling for this, Faurote was frank: Make sure you have diversity at every level of the organization.

“If the [company] culture doesn’t value diversity, it makes it very difficult to change these things,” said Faurote.

One proven way companies can work to eliminate biased employee compensation practices is to be more transparent about pay. A Payscale report found that at organizations where employees believed their employer was transparent about pay, the gender wage gap was nonexistent.

Pay transparency exists along a spectrum, and not every company will be ready to embrace 100% transparency — and not every organization has to. But actions like including the pay range in job postings and letting employees know which salary band they’re in are impactful steps toward greater transparency. “Pay transparency can certainly help companies be more accountable to non-biased pay practices,” said Faurote.

When it comes to salary bands, both creating them and sharing them more publicly, narrower ranges will support greater pay equity, said Spurling. Narrower salary bands for job levels can mitigate the pay gaps that stem from implicit bias by reducing the monetary range of pay gaps.

For example, for a role that has a $50,000-$70,000 pay differential, the opportunity for biased pay decisions is huge. Conversely, if the pay range is only between $2,500-$7,000, “there could be biases that sneak in, but at least it’s a smaller gap,” said Spurling. “Narrower salary bands help put some guardrails on it.”

“With increased pay transparency laws and the cultural shift that’s taking place around salary conversations, I really do think this is going to drive things in the right direction,” said Faurote.

As a society, we’ve made progress toward more fair and equitable pay practices, but there’s still a lot of work to be done. The more companies do to eliminate bias from compensation strategies, the faster we can close the wage gap. Companies can take steps like ensuring equitable starting salaries, implementing pay equity audits, promoting diversity and equity within all levels of the organization, and sharing information about pay more transparently, to begin. For more strategies and best practices on creating equitable pay at your organization, download Lattice’s eBook HR’s Guide to Setting a Compensation Strategy. 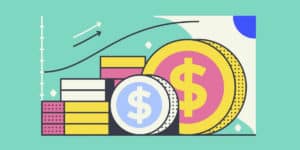 Building Your Compensation Strategy to Adapt to Uncertainty and Change Infographic: Employee Perspectives on Compensation, by the Numbers 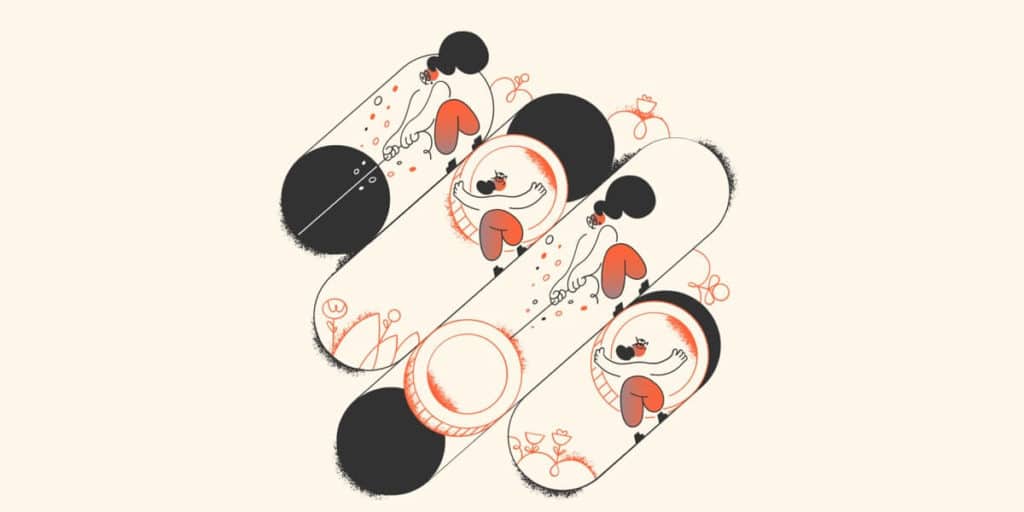 What Are Salary Bands? 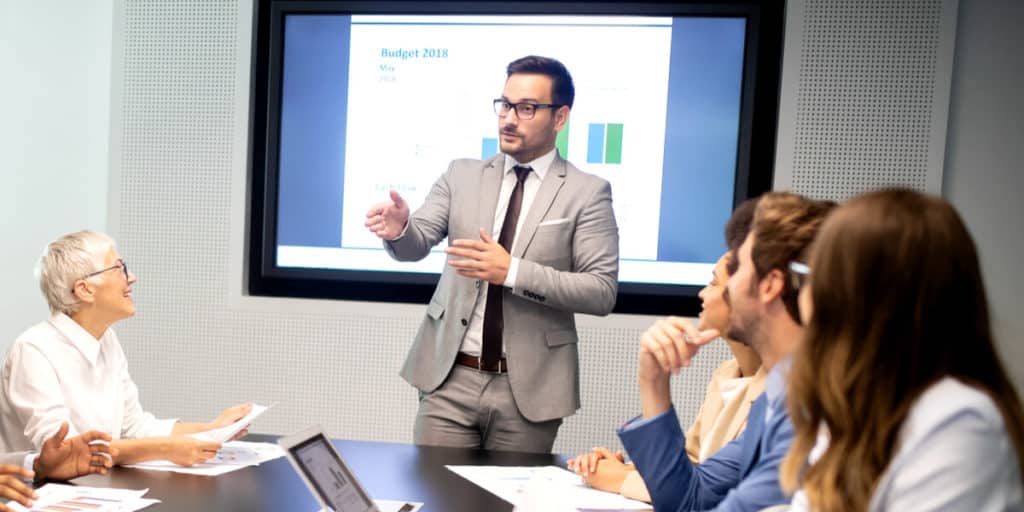 Careers Spotlight: What Is a Total Rewards Manager?