In a hyper-competitive market, how do companies attract talent with the skillsets they need? And how can they hire inclusively, encourage people to perform their best, and create a culture in which employees want to stay long-term?

It might seem like the answers to these questions are complex and elusive, but Obed Louissaint, Senior Vice President of Transformation and Culture at IBM, has a fresh, unexpected, and compelling strategy that really works: skills-based hiring, which prioritizes in-demand skills over specific degrees in the hiring process.

In his role at IBM, Louissaint reinvented the iconic company’s hiring pipeline to be more inclusive — and inspire more innovation than ever. “It’s really important that organizations and leaders think broadly about skills and how to fill talent gaps to build a more inclusive economy,” said Louissaint, whose mandate is reinventing People systems and culture to enable innovation at the company.

When IBM implemented skills-based hiring, the corporation saw a marked increase in the number and diversity of applicants. And after hiring skills-based talent, Louissaint and his team realized that “performance overall was increasing, diversity was increasing, [and] retention was getting better,” he noted. “We said, ‘Hey, there’s something here.’’’

In a recent episode of Lattice’s All Hands podcast, host Katelin Holloway talked to Louissaint about how and why skills-based hiring works — and how it’s transformed and modernized the corporate culture of an iconic organization founded over 100 years ago.

“Our normal bias would say, ‘Why don’t you want a degree for a pilot?’…But when you are flying, do you want a certificate…or experience?”

The skills-based hiring approach makes sense in light of the facts about the nation’s labor market: According to Louissaint, in the United States, nearly two-thirds of people don’t have a degree, so jobs that require one exclude two-thirds of the workforce. In a skills-based approach, leaders have to analyze and articulate specific requirements of the jobs they’re hiring for, versus just listing uninspired, rote criteria — “[unnecessary] barriers for a lot of great talent that could help us close our talent gaps more effectively,” said Louissaint.

Using a skills-based hiring strategy, IBM has hired “individuals who were baristas, truck drivers, nurses, [and] teachers — all of whom were redefining who they were and had a tech curiosity,” said Louissaint. “That’s all it takes…That is so much more effective than having skills today, especially in tech.

“You may [be] deep in an area now, but in a couple of years, that’s obsolete,” he continued. “So you want individuals who’ve got that curiosity, that passion, that drive to keep learning — that hunger. We have them working in analytics, automation, AI, [and] quantum.”

Job descriptions tend to be “undervalued,” and merely copied and pasted from templates, Holloway pointed out. But all too often, they’re not critically examined to communicate what is truly necessary to get the job done. And a company doesn’t gain anything substantial from its employees having a specific degree — so why is this kind of requirement so pervasive?

These types of requirements don’t necessarily benefit consumers or communities, either. As an example, Louissaint described an airline’s analysis of skills versus degrees when hiring. The airline wanted to understand whether there was an advantage to sticking with a degree requirement for pilots, when so many of the world’s best pilots come from the military.

“Our normal bias would say, ’Why don’t you want a degree for a pilot?’” said Louissaint. “But when you are flying, do you want a certificate…or experience?”

Holloway agreed: “It’s helpful to pull examples that challenge our biases and assumptions,” she said. She further believes that we should challenge ourselves to look at job descriptions from a candidate’s perspective.

Candidates who have all of the qualifications to do a job well will look at open roles with a confrontational mindset. “They might say, ‘I could do this job. I could be successful at this job. But then here is this one requirement that isn’t necessary in order to do it,’” said Holloway. “The candidate knows it…And it’s preventing our organizations from being inclusive and getting the insights that could be extracted from that phenomenal talent.”

Inclusion Matters (or Why You Should Hire Candidates Without College Degrees)

The statistics are even more striking when considering underrepresented minority groups: Louissaint noted that about 70% of Latinx people, 73% of indigenous people, and 77% of Black people don’t have degrees.

To take it one step further, Holloway suggested that as candidate reading qualifications for a position, psychological safety is a necessary condition to even apply.

“[A candidate will think], ‘Do I meet all of these expectations?’” said Holloway. “When you look at the stats, oftentimes it’s the cisgendered straight white males who say, ‘Eh… most.’ Everyone else says, ‘Well, I missed one of the 20; I probably shouldn’t apply.’ [Psychological safety] really is meaningful, especially as we focus our hiring strategies on reaching and addressing diverse populations.”

The best way to begin shifting this paradigm is by focusing on the top of the talent funnel to make it clear there are tech career opportunities for people without college degrees. That doesn’t mean education is irrelevant at IBM, of course. Some 50% of the jobs at the company do require them.

“There’s a place for [college degrees] but we just have to put it in the right place,” said Louissaint, adding that a number of IBM employees who don’t have degrees continue their education so they can progress their careers in roles that may require them.

It’s useful to step back and examine the problem that Louissaint and other business leaders are trying to solve. “In our industry, we have been experiencing a shortage of skills for quite some time,” he said.

“About seven [or] eight years ago, we were looking at the profession around cybersecurity. We just weren’t finding enough individuals with the skills to perform the job,” Louissaint continued. “And then we started to say, ‘Okay, what do we really need in order to fulfill this demand?’ As we went back through the role descriptions, we…[realized we were] asking for things that aren’t necessary, or we were asking for capabilities we can build [in our teams] as individuals come into the organization.”

The specific skillset-applicant mismatch in IBM cybersecurity was just the beginning. Once the organization saw the results (increased diversity, performance, and employee retention), the company knew skills-based hiring was good for business, so it proceeded to “double down and scale” the strategy, said Louissaint.

“I think it’s important we distinguish [that],” he said. “Sometimes people think that these are philanthropic efforts. But while it does have social good, what drove us was a business need and a business gap.”

‍This article is based on an episode of Lattice’s All Hands podcast, in which host Katelin Holloway talks with CEOs, founders, and a wide range of People leaders about why People success is business success. To learn more about Louissaint’s initiatives and success with skills-based hiring at IBM, listen to the full episode here. 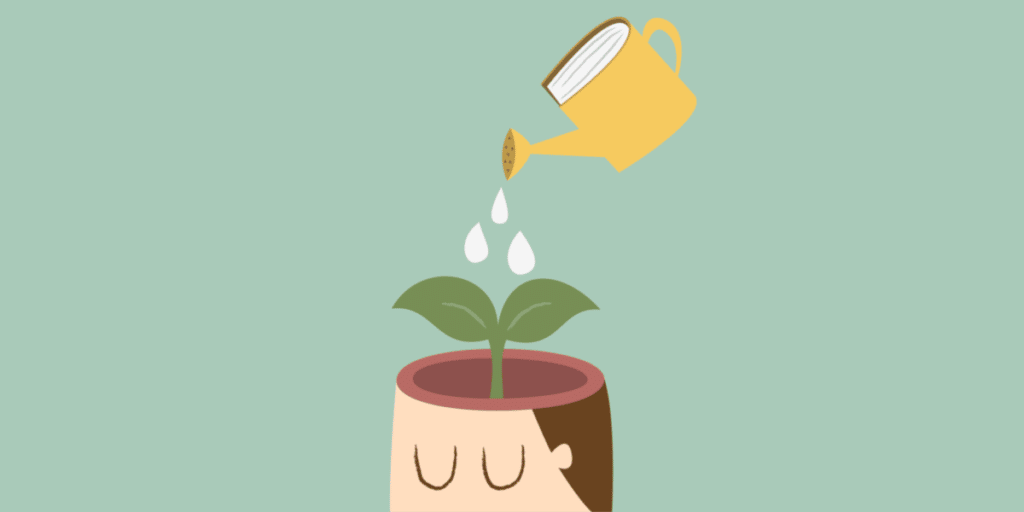 Future-Proof Your Business With an Upskilling Strategy 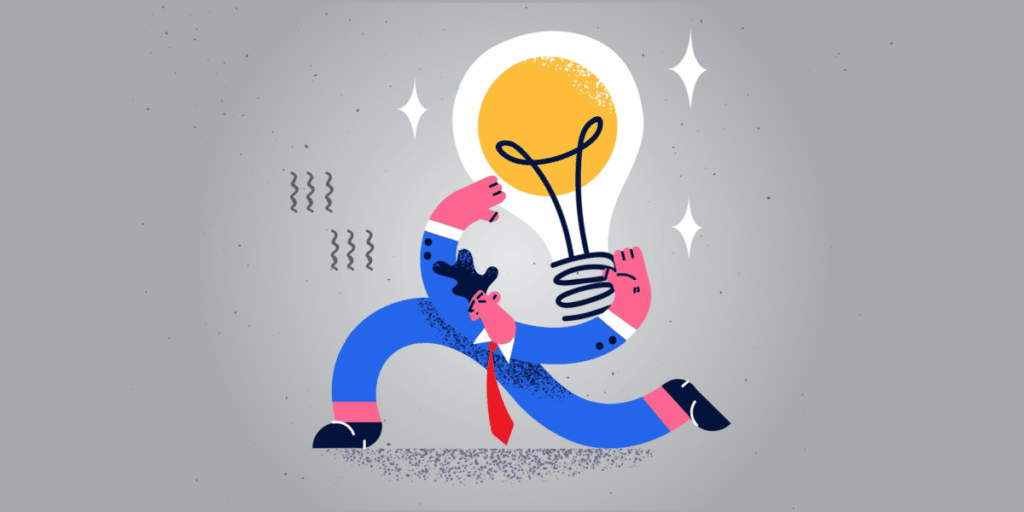 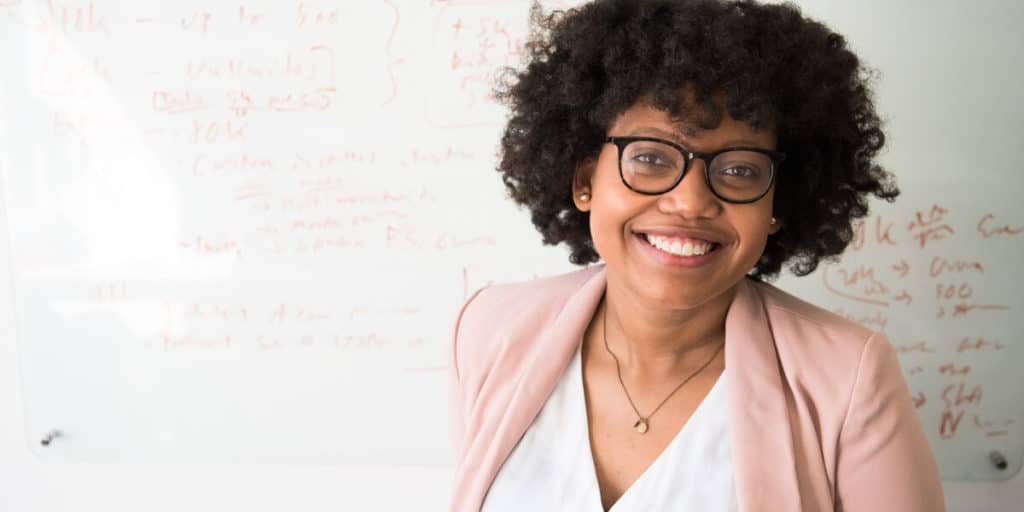 What Is ‘Career Path Ratio?’