How to Keep DEIB a Priority After the murder of George Floyd and the global swell of support for the Black Lives Matter movement in 2020, companies took a stand against racial injustice, both publicly and through their hiring practices. By all accounts, organizations should have been poised to make an even bigger impact the following year, but instead many lost momentum in their diversity, equity, inclusion, and belonging (DEIB) initiatives and efforts in 2021. Below, we’ll take a closer look at why this happened, and share actionable ways companies can keep DEIB a priority — now and in the future.

Lattice’s 2021 State of People Strategy (SOPS) Report found that more than 60% of organizations were focused on building their DEIB programs after the events of 2020, while only a year later, DEIB had gone from the third most important initiative to the sixth. So, what happened?

Most likely, HR’s competing priorities made it difficult to stay focused on DEIB. The year 2020 was characterized by the onset of the pandemic and the tragedies of multiple highly publicized acts of racial violence and injustice. In 2021, new challenges presented themselves.

Rather than cling to their jobs in the face of a stalled economy and global uncertainty, people quit their jobs in droves in what’s been deemed the “Great Resignation.” Whether individuals were empowered by the options presented by the newly remote reality, or had gained fresh perspective and re-established their priorities, the effect for HR teams was the same: Headcount was down.

For this reason, HR’s focus on talent acquisition (TA) changed — a lot. In 2020,TA was the sixth most important priority for People teams, but by 2021 it had edged into position two, according to Lattice’s 2021 SOPS Report. HR tried to offset high employee turnover by bringing on new talent, inadvertently deprioritizing diversity, equity, inclusion, and belonging efforts.

But in focusing on TA, Human Resources teams may have unintentionally contributed to the high rates of turnover at their companies. Workhuman’s Human Workplace Index survey found that two-thirds of individuals say a company’s diversity, equity, and inclusion (DEI) strategy affects how long they’ll stay with a company. Without a lasting DEIB strategy and a work environment that promotes an inclusive culture, companies risk losing the same people they’re trying to retain.

Many companies have Chief Diversity Officers, require unconscious bias training, and support Black Lives Matter, yet wonder why their DEIB initiatives aren’t working. As Joan C. Williams and James D. White wrote in their 2020 Harvard Business Review article “Update Your DE&I Playbook,” “…doing anything once cannot change a corporate culture that reinforces itself day after day.”

In other words, DEIB requires constant attention, investment, programming, and buy-in to remain a priority — and for initiatives to be successful. Below are four ways companies can work to keep diversity, equity, inclusion, and belonging a top priority consistently.

4 Ways to Prioritize DEIB at Your Organization

It’s a common approach for companies, and is rooted in optimistic, if naive, thinking: We need a more diverse workforce, so we have to hire more diverse employees.

“Companies often go directly to recruiting and hiring, [saying], ‘We just need to bring in more diverse people,’” said Lauren Aguilar, PhD, founder and CEO of DEI consulting firm illuceo. Lattice’s own research from the last year supports this: Some 80% of People teams that are currently prioritizing DEIB identify “diverse hiring practices” as a focus, according to our 2021 SOPS Report. “But what happens then is that a lot of companies can’t retain [their diverse talent] because the workplace culture doesn’t support equity [and] inclusion or provide a sense of belonging,” Aguilar continued.

There’s perhaps no better example of this than tech behemoth Intel. In 2015, Intel made waves with their pledge to invest $300 million over the next five years into their diversity efforts in order to achieve “full representation by 2020.” The company had been publishing their diversity figures for years already — and was one of the first in Silicon Valley to do so — but their numbers hadn’t changed much. Intel recognized that simply sharing this information didn’t amount to meaningful change. So they changed their approach, setting ambitious goals and tying manager compensation to them.

“There were signals in [Intel’s] culture that said, ‘This is not a culture of belonging,’” noted Aguilar. “What the story shows is [that] you have to focus on culture at the same time.”

Rather than solely focus on diversity in hiring processes, People teams must work across the organization and the employee lifecycle to build more inclusive workspaces overall. “The push for representation is important, but there needs to be more conversation around how to make people want to stay,” said Anu Mandapati, a DEI executive and inclusive leadership and team performance coach who was recently named one of the Top 100 DEI Leaders of 2021 by Mogul, a company that provides talent and collaboration solutions to diverse organizations.

Employee resource group (ERG) leader has historically been a volunteer position. But tasked with responsibilities like recruiting members, developing group programming, facilitating meetings, and aligning with HR or Diversity teams, the work of an ERG leader adds up.

These roles are often helmed by women or BIPOC — individuals who are historically responsible for more invisible labor, or work that goes unpaid and often unrecognized, in the workplace. McKinsey’s Women in the Workplace 2021 Report found that senior-level women are twice as likely as their male counterparts to allocate significant time to DEI-related activities, like supporting employee resource groups.

What’s more, ERGs are usually made up of mission-driven individuals who do work that directly contributes to the health of an organization’s culture and success — yet does not translate to professional recognition or career advancement. ERGs provide mentoring, friendship, a sense of belonging, and a safe space to connect with others in a shared identity group. In doing so, ERGs can boost employee engagement and improve the employee experience. Compensating leaders for this work is one way to reward and incentivize them to continue making significant contributions to the organization.

Paying ERG leaders is a new development in the DIEB space, but no longer one without precedent. Companies like Twitter, Autodesk, and LinkedIn have all decided to do so in recent years. In an exclusive interview with Axios, LinkedIn’s Chief People Officer Teuila Hanson said, “Historically, these employees take on leadership roles and the associated work in addition to their day jobs, putting in extra time, energy, and insight. And despite the tremendous value, visibility, and impact to the organization, this work is rarely rewarded financially.”

For companies that don’t know where to begin when it comes to compensating ERG leaders, a one-time bonus at the end of the year is a good place to start.

3. Integrate bias recognition and interruption training and DEIB continuous education throughout your organization.

Experts agree: Unconscious bias training and diversity, equity, inclusion, and belonging education are important. But all too often these efforts are implemented via one-off trainings that seek to offer a quick fix to a systemic problem.

More effective — and necessary — is building education into training across the employee lifecycle. This means offering specific training focused on bias or diversity, equity, inclusion, and belonging, but also incorporating a DEIB lens into all training. For example, companies could hold specific training sessions focused on recognizing and interrupting bias, but also integrate these key concepts and actions into employee onboarding, manager enablement training, and leadership development. For People teams unsure of where to start, Bias Interrupters, a resource from the Center for WorkLife Law at UC Hastings College of Law, offers free, downloadable toolkits for the individual, team, and organizational levels.

Fusing DEIB training with other educational sessions accomplishes a few things. One, employees will better learn the tactics with more exposure and practice. And two, employees will begin to see DEIB as an integrated part of the holistic workplace, not a “separate” issue to be dealt with in a vacuum.

But for training to be effective, it has to go beyond just being informative. “I talk a lot about the ‘learn, amplify, sustain’ model,” said Mandapati. “Any type of learning must be amplified there in the group before employees go on to practice it on their own. And then companies must be sure they’re sustaining the learning so things don’t become ‘out of sight, out of mind,’” she added.

Mandapati offered the following example of bias training for recruiters: After the education portion comes ‘amplification,’ which could be breakout groups for the recruiters to practice what they’ve learned, role-playing with a peer. “When you start to dive into this material, you understand very quickly where you need to grow, which makes the education piece all the more impactful,” she said.

Next is ‘sustain,’ which could be getting the talent acquisition group together and discussing the lessons and experiences from the ‘learn’ and ‘amplify’ sections. “Embedding this information into meetings and conversations is one way we can continue to stay engaged over time,” said Mandapati.

Shelley J. Correll and Caroline Simard’s research on the differences in performance review feedback by gender backs this up. Correll and Simard found that men are more likely to receive specific feedback tied to their performance, while women are more likely to receive vague feedback. Both when men are receiving positive feedback (praise) and developmental feedback (where they can improve), men are systematically provided more specific — and therefore more actionable — information.

This creates a two-fold advantage for men: First, they get richer insights into how they can perform better in the workplace. Secondly, the specific, outcome-based feedback is documented. When the time comes for promotions or pay raises, individuals who have shown that they can take feedback and incorporate it are likely to fare better. The only problem is, women don’t get the same chance at this as their male counterparts. And this is just one example of bias and inequities making their way into the performance review process.

So what can your company do to combat this? Calibrate every performance review cycle.

“Calibrations are an incredibly important tool in supporting your [DEIB] efforts in a sustained way for the long-term,” said Aguilar. That’s because calibrations, when done correctly, adjust the scores of employees in a standardized way to adhere to the previously developed criteria. In other words, they add structure to the process.

Much like meaningful change doesn’t happen on its own, DEIB doesn’t become a lasting priority without continued attention, investment, and buy-in. The year 2020 felt like the one that would spur companies into lasting DEIB efforts, and it was — until it wasn’t.

But by integrating DEIB in the form of structured processes at every level of a company and into all stages of the employee lifecycle, organizations embed diversity, equity, inclusion, and belonging into the fabric of their business and culture. When this happens, DEIB can no longer be deprioritized, because it’s no longer a separate entity, but a pillar of the organization as a whole.

While this can sound overwhelming or idealistic, it’s not. You don’t need to commit $300 million, like Intel. You can just start with the four expert strategies we’ve highlighted here to begin to make meaningful change at your organization today. 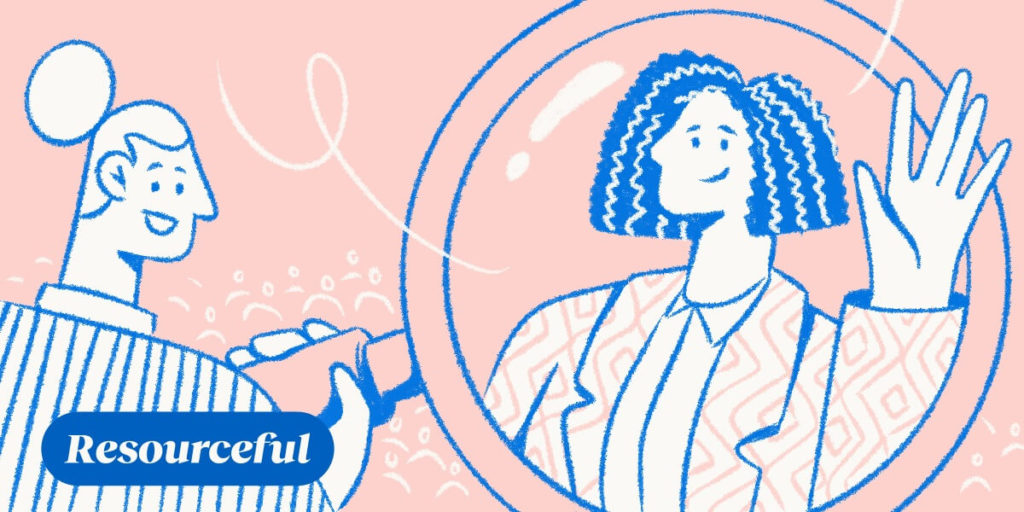