There’s no doubt about it: Asking for a raise can be intimidating and nerve-racking. It’s normal to worry that your boss will say no, or wonder if you deserve one and should even be asking. In fact, asking for a raise can be so anxiety-producing that people can be tempted to avoid doing it altogether. But the reality is that organizations are eager to keep top talent, and are willing to compensate their valued employees to make them want to stay.

Yet even those who believe that they are underpaid can be reluctant to request more money — a Salary.com study found that 44% of respondents never bring up the subject of raises during their performance reviews. There are many reasons employees don’t ask for more money, including not wanting to be viewed as pushy in the workplace, according to research by PayScale. Additionally, a lack of confidence in negotiation skills or previous experience being denied when asking for a raise (leading to the expectation that this would happen again) could be standing in someone’s way. There’s probably no one single reason why people refrain from asking for a raise, but rather a complex mix of insecurities, fears, and past experiences.

But much like searching for a new job, interviewing, or giving presentations, requesting a salary bump is a skill, and one that becomes more approachable when you break it down into manageable pieces and practice. Here’s how to ask your boss for a raise — and get it.

First, you’ll want to get a clear picture of the median salary range for your position in your geographic area. Start with online repositories of pay data, like the Bureau of Labor and Statistics’s online database, and use tools like PayScale’s Salary Calculator or Glassdoor’s Know Your Worth.

But don’t rely solely on online data and tools. Different organizations tend to have different titles and responsibilities for the same roles, which can muddy the data. Try talking to those in your network to supplement the information you find online.

Even though we’ve come a long way in normalizing conversations around pay, asking “How much do you make?” still makes many people uncomfortable. Instead, reach out to former colleagues, managers, or recruiters you’ve previously worked with and make the question hypothetical by asking, “What might you expect that someone in this position would make at your company?”

2. Be strategic about timing.

Performance reviews or work anniversaries are typical times to request and negotiate a salary increase, but these are not the only acceptable moments to do so. That being said, “Timing is everything” is a popular maxim when it comes to asking for a raise for good reason. Here are the factors you should consider as you prepare to request a salary increase.

‍Especially given the economic challenges the pandemic has created for many businesses, pay raises might not currently be an option.

“Asking for a raise during economic hardship, especially when management has taken pay cuts or made other austerity moves, does not reflect well on the employee’s understanding of the business and economy,” cautioned Kent Lewis, President and founder of Anvil Media, an integrated marketing services firm.

However, it’s important to note that not all businesses suffered in the same way over the course of the pandemic, and a raise may very well be a possibility at your company. Rather than just assuming that a salary bump is or is not possible, pay attention to the circumstances around you at work. If there have been budget cuts or layoffs, you’re unlikely to receive a raise and asking for one may come across as tone-deaf. On the other hand, if business was sustained or has even grown, you’re in a better position to negotiate a pay increase.

‍Make sure you understand how the salary review and budgeting processes work at your organization as you prepare to ask for a raise. Otherwise, your boss may meet your request with the dreaded, “I’d love to — I just wish you’d asked earlier.”

For example, if your organization’s fiscal year begins on the first of January and merit increase conversations take place in September to go into effect in the new financial year, you’ll want to ask for your raise early in September to avoid missing the opportunity for a pay increase.

Employees should also keep in mind the culture around pay raises. If your company tends to strictly link pay increases to performance reviews, abide by this schedule and begin building your case in advance of your next review.

3. Submit a formal request in writing.

If you’re requesting a salary increase at your upcoming annual or mid-year review, make this clear in writing to your manager ahead of time. You could send them an email saying something like:

I’m looking forward to discussing my performance with you at our upcoming annual review on [date]. Based on the consistently positive feedback I’ve received from you during our one-on-ones, as well as my own analysis of my accomplishments in the role, I’d like to formally request a review of my current salary at that time. I look forward to sharing with you the measurable ways I’ve contributed to the success of the company.

If you’re requesting a pay raise conversation outside of your standard review cycle, you could write:

I’m writing to formally request a meeting for review of my current salary. Based on the positive feedback I’ve received on my performance, as well as my own analysis of my accomplishments in the role, I feel now is an appropriate time for us to discuss a pay raise. I look forward to sharing with you the measurable ways I’ve contributed to the success of the company.

Requesting a conversation about your raise in writing is helpful for a few reasons. One, your boss will come to the meeting prepared to discuss the possibility of a raise. They will have had the opportunity to investigate resources and budget ahead of time to determine whether this is a possibility. Second, making your request in writing creates a record of it, which can be helpful if you are denied the raise and want to appeal for a pay increase again in the future. It also helps keep your request from getting lost in the shuffle of day-to-day business operations.

4. Come prepared to make your case.

It’s natural to feel nervous when requesting a raise. To calm your jitters, remember that managers don’t want to lose their best people. If you make a strong case and they have the budget, most managers are willing to grant your request or elevate it through the proper channels needed for approval. However, don’t just assume that because you’ve done well this year or it’s your work anniversary you’ll automatically be given a salary increase. Rather, make a strong case for yourself by presenting relevant examples of how you’ve demonstrated your value and contributed to the company’s success in meeting its goals.

“Ensure you’ve gathered data to back-up your reasons for asking for a raise,” advised Joseph Puglise, Senior Director of Executive Search and Recruiting at executive search firm JMJ Phillip. “Both quantitative [like increased revenue and decreased time-to-market for X line of business] and qualitative metrics [such as strong presentation skills and your ability to build rapport with employees and clients] are important as long as you can tie them to a positive impact on the bottom line.”

Begin your pitch with quantitative accomplishments that showcase your value as an employee. “Prepare your case with clear metrics that demonstrate why you add more value than others in the role and therefore should be more highly compensated,” said Tim Toterhi, TEDx speaker and founder of Plotline Leadership, a Human Resource consulting and career coaching firm. Prior to requesting a raise, Toterhi recommended preparing for your meeting by asking yourself if and how you: increase quantity, lower risk, add revenue, and/or improve quality at your company.

Concrete numbers are impactful, but qualitative success and metrics matter, too. “An employee’s impact is comprehensive,” noted Lewis. “A positive contributor creates additional value beyond financial impact, while a toxic employee can create significant negative impact on corporate culture, leading to a loss of employees and customers.”

Close out your case by sharing feedback you’ve received on your qualitative successes, like your stellar communication skills or your ability to resolve conflict on teams. This could be in the form of a thank you note from the partnerships team of another business your company recently collaborated with, or previous performance review feedback that highlights your ability to help team members bridge their differences. You don’t necessarily need to bring proof of these examples to your meeting, but rather the ability to reference specific examples on the spot will strengthen your case.

By providing both quantitative and qualitative accomplishments, and framing your accomplishments as contributing to the success of the company, you make a strong case for receiving a raise.

Ideally, your boss will say yes on the spot, but this is unlikely due to the typical salary increase processes, which require cross-functional approval across the company from departments like Finance and People Ops and the leadership team. More likely is that they’ll tell you they have to get back to you. Be prepared for your boss to say this and have your response ready. You could say something like, “Great, can I plan to follow-up with you about this at our next one-on-one?”

You’ve done the hard work of building a strong case and advocating for yourself, so don’t give up now. Managers have a lot on their plates and it’s easy for your request to fall through the cracks, even if your supervisor has the best of intentions. This last step requires persistence.

You’ll also want to consider what to say if your boss denies your request. If it’s on the basis of budget constraints, one option is to ask about the potential for an adjustment to your overall compensation in the form of additional perks or benefits. For instance, you could appeal for an increase in 401K matching, a subsidy on life insurance premiums, or additional paid time off (PTO), or perks like commuter reimbursement, flexible scheduling, partial tuition reimbursement, or daycare reimbursement.

If your manager denies your request on the basis of your performance, rather than feel discouraged, use this as an opportunity to ask for feedback on what you need to do differently to be considered for a raise in the future. A good manager will be invested in your career development and want to help you succeed, and will be happy to assist you in performing at a higher level in your current role. Armed with the knowledge of what you need to do in order to become eligible for a pay increase, you can — and should — incorporate your manager’s feedback and prepare to make your request again in the future.

You may never lose the jitters that accompany asking for a raise completely. But by taking the time to prepare a strong pitch that highlights your accomplishments, as well as being strategic about when you ask, you’ll feel a lot more confident making your request. And regardless of whether your boss’s answer is yes or no, you’re strengthening an important skill that will benefit you throughout your entire career. 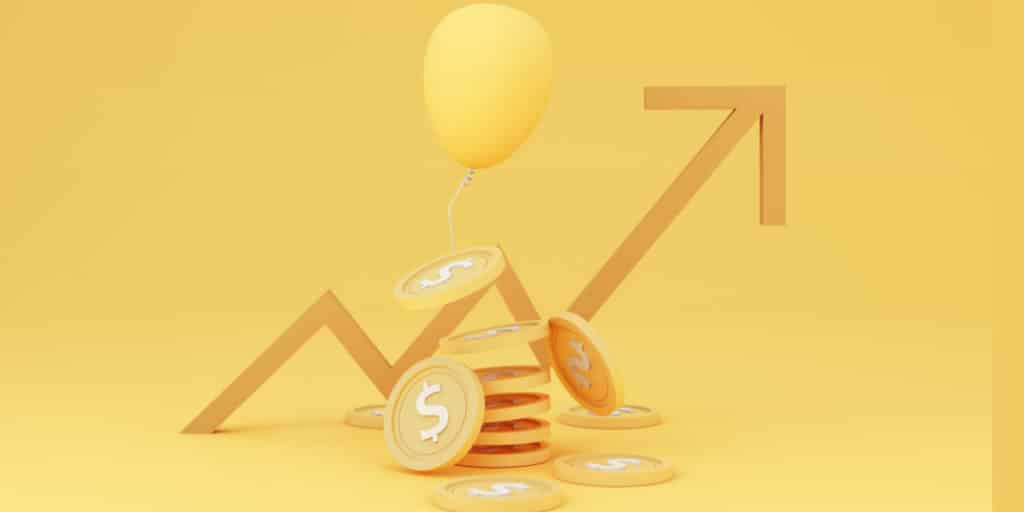 RfH Insights: How to Reinvent Your Benefits Package