The Manager’s Guide to Handling Mis-Hires It happens: You might have made a bad call when hiring, and now your much-anticipated new employee just isn’t working out — or so it seems, anyway.

Your next steps here can be tricky. You’ve already invested time and energy in the hiring process, so going through that again probably isn’t appealing. The good news? You might not have to. By figuring out what isn’t working, you can assess how to best handle your mis-hire situation in a way that benefits everyone.

Before you make any moves, ask yourself: What is it that’s wrong, actually? According to the Society for Human Resources Management (SHRM), bad hires can happen for any number of reasons. Maybe they exaggerated on their resume and aren’t actually qualified for the job. Alternatively, they might have a bad attitude or are already be looking for a raise or promotion.

Figure out why your new hire isn’t working out before you do anything drastic. Perhaps you can provide additional coaching or training to get the new hire’s skills up to scratch — or meet one-on-one to clarify your expectations.

If they’re bringing a lot of negativity to the table, it won’t be so easy. It might also be contagious. “A poisonous attitude…has a strong negative effect on all employees who come into contact with the new hire,” said Kelly Marinelli, founder of Solve HR. In this case, you’ll probably want to do something about the situation as soon as possible, and it may mean parting ways sooner than expected.

2. Have an honest conversation.

Chances are that your new hire knows things aren’t going smoothly. Sit them down for an honest conversation. As Forbes notes, though there could be any number of reasons why an employee isn’t working out, “the issue is never 100% their fault.” Talk to the employee and invite them to share where they’re at. Constructive feedback should always be fair game. You might learn that the job isn’t what your new hire was expecting. Maybe you, as their manager, haven’t been giving them enough guidance. With more consistent feedback, you might be able to smooth out problems.

Having this conversation is also a way to get a temperature check on whether they’re receptive to feedback and willing to do what it takes to make things work. “Sometimes the things we take for granted go unseen by new employees. Were they being rude, or are they just trying to be funny and could use some coaching around the standards of cultural behavior in your organization? Did they deliberately mislead you in their report, or did they not understand all of the details required?” said Matthew Turner, the founder of Boston Turner Group. Having an honest conversation can help shed light on what’s really going on.

Once you’ve met with the new hire, you’ll have a better idea of whether they’re willing to work with you — or if you both need to move on. According to Michael Alexis, CEO of Team Building, one possible solution might be finding a role they’re better suited for. “We believe that reassigning and retraining great people is more efficient than starting the process over,” Alexis said.

He acknowledges this isn’t always possible. But if you’ve already found someone who fits your culture, looking for internal opportunities might be a long-term win.

“It’s not that we have the wrong person, it’s that we gave them the wrong role…We have former customer service reps doing marketing, salespeople doing customer service, and so on,” he said. You may reassign your new hire and find that they thrive in a different role. In that case, all the time you put into the hiring process won’t be in vain, and you’ll likely have earned a loyal employee who appreciates the chance you’ve given them.

However, reassignment isn’t always the best option. In that case, apologize to the employee and make it clear that you appreciate their work and contributions. If your relationship was otherwise amicable, be liberal with things like severance, health insurance, and references. If you can’t keep them on, being generous will at least minimize the damage and help set them up for future success.

4. Learn from the experience.

While it’s easy to blame new hires for a bumpy start, be realistic and acknowledge what you could be doing to make things easier. What procedures do you have in place for getting new hires up to speed? Do you have a checklist for onboarding? Are you leveraging 30-60-90 day plans?

Look at your job postings and assess how accurate they are regarding the positions you need to fill. According to LinkedIn, “Job descriptions are typically old, never refreshed, and do not reflect the current business challenge your new hire will help you solve.” If that’s the case for your job descriptions, take the time to update them and ensure expectations are set before the first interview.

While no one ever wants to have to deal with mis-hires, they’re just a business and recruiting reality. The experience doesn’t have to be a full-blown nightmare. Assess the situation, determine the proper path, and soon enough you’ll reach a solution that ultimately feels right for both parties. Hey managers, you should get out more 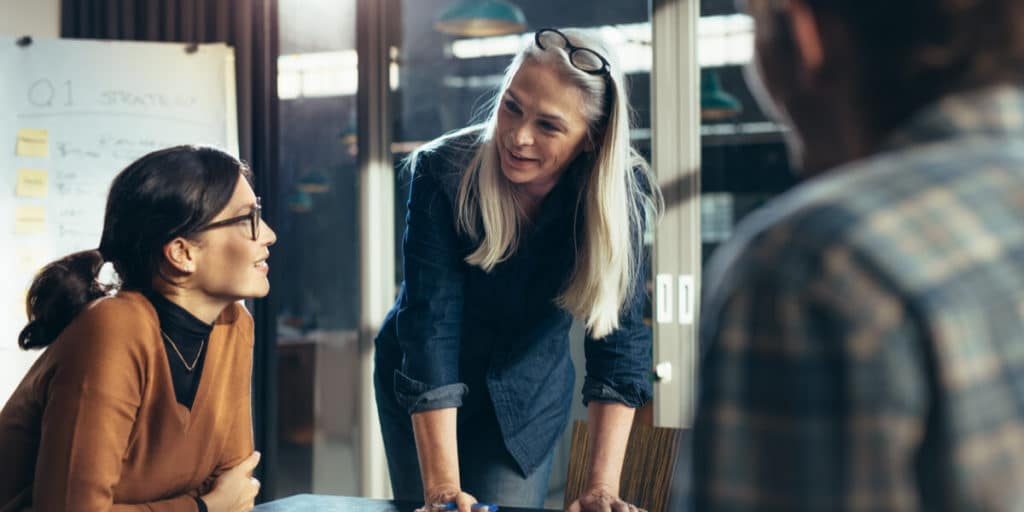 The Ultimate Guide to Manager One-on-Ones