Addressing Compensation Perceptions with UK and US Employees Oscar Wilde once wrote that the British “have really everything in common with America nowadays, except, of course, language”.

In fact, when it comes to language, the UK and the US edge ever closer. The huge influence of US media in the UK means that the slang is increasingly American, much to the chagrin of a certain kind of Brit (see, for instance, these endearingly stuffy letters to the Guardian newspaper).

And, thanks to the massive popularity of Netflix series like Bridgerton and Game of Thrones, Brits no longer struggle to make themselves understood in the US.

When it comes to work, however, Brits and Americans differ significantly — and nowhere more so than in how they think about compensation. For today’s increasingly global People management teams, this creates a challenge. How can we create competitive total rewards strategies that will engage and satisfy employees on both sides of the pond?

Breaking Down UK vs. US Compensation

Despite our shared history and common(ish) language, British and US employees’ expectations about compensation are widely dissimilar.

However, it’s worth bearing in mind that, outside of the big cities like London and Oxford, the cost of living in the UK is 15% lower than the average in the US.

More importantly, factors considered benefits in the US are simply minimum legal requirements in the UK.

British full-time employees working a five-day week are entitled to 28 days of paid vacation (or holiday, as it’s known to Brits) per year by law. While a 2018 survey by Glassdoor suggests that not everyone feels they can take every one of these days off, the majority take at least half, and over 40% take their full holiday allowance.

By contrast, the average US worker receives ten days of paid leave after one year of employment, and one-third of US employees don’t feel they can take even those few days as vacation, according to a report published by the BBC.  A British journalist who moved to the US recalled her horror when her “measly two weeks, including vacation and sick days” was positioned as a generous benefit by her new American employers. “They prefaced the section about PTO with: “We know how hard you work and recognize the importance of providing you with time for rest and relaxation,” she said in her article in Business Insider.

The US reputation for workaholism may be well-deserved — American employees work an average of 5 more hours per week than their British counterparts, reports Business Insider. This may be partly because of the differences in the law. Full-time British employees have the right to one uninterrupted 20 minute rest break during their working day. The UK government website suggests that this might be used (in true British fashion) as a “tea break.”

British employees’ tax payments cover access to the free National Health Service. As a result, healthcare is not a common benefit provided by employers. Less than 20% of British workers receive private health insurance benefits from their employer, according to a survey by Cigna. By contrast, employment-based insurance is the most common form of health coverage in the US, the US Census Bureau reports.

Employed mothers in the UK have the right to paid maternity leave for up to 39 weeks. They will be paid 90% of their salary for the first 6 weeks, and then £156.66 or 90% of their average weekly earnings (whichever is lower) for the next 33 weeks. Fathers are entitled to 2 weeks at 90% of earnings. In the US, parental leave is left up to the employer, and the average US employee takes very little leave. Research by career advisory service Zippia found that 33% of US mothers (and 58% of lower-income mothers) took no maternity leave at all.

Employers in the UK must contribute to their employees’ pensions. Each employee must pay 8% of their salary into a state-approved pension plan, of which the employer is liable to pay a minimum of 3%. The employer may pay more, and this would be seen as an employee benefit. By contrast, there is no legal obligation for US employers to contribute to their employees’ pension schemes — although many offer this as a benefit.

When thinking about a compensation strategy that will meet the expectations of British and US employees, HR teams need to acknowledge that many of the benefits that they offer their US staff will be seen as the bare minimum by their British workers.

So, how can global HR teams create a compensation strategy that works for both UK and US employees?

Amy Spurling, the founder of employee rewards software Compt, agrees that there is a real risk of creating a sense of unfairness for global workforces: “All too often, employees in various countries feel neglected because they see benefits being offered in other geographies but not in their own.”

After all, just because UK employees may not strictly need health insurance, for instance, it doesn’t mean that they won’t want it. Our recent survey of UK employees backs this up, revealing that 50% of boomers and 39% of Gen Zers consider healthcare benefits to be a part of their pay package.

Here are a few suggestions to create greater equity in your compensation package.

Spurling suggests that employers should base their employee compensation strategy on your company values: “Companies that highlight they are family-friendly or focused on wellness are able to satisfy teams across borders because the sentiment translates across countries but can then be localised for each market.”

For example, a family-friendly company could offer their US employees the same parental leave as their UK employees, and consider adding additional benefits such as a stipend to cover childcare costs (which are high in both countries).

2. Base pay rates on more than geography.

You may want to evaluate paying by the value each role brings to the company, rather than providing additional pay for employees in more expensive locations. Research published by the BBC suggests that pay scales based on geography rather than roles can weaken employee morale for both lower-paid and higher-paid staff. The researchers found that staff at organisations with geographic-based pay scales reported “lower job satisfaction, reduced engagement at work [and] a higher desire to leave the organisation”.

But what’s the alternative?

One solution currently being trialled by Buffer is to have a flat salary rate, regardless of location. As a fully remote company, Buffer found that tying compensation to geography resulted in unnecessary complexity and salary disparities within the team. The company has recently dispensed with location-based salary bands, in favour of just two pay rates: global and high.

While you might not be ready to take a leaf out of Buffer’s book and publish every employee salary, transparency is key to a fair global compensation strategy. Our survey of UK employees found that 64% of employees wanted greater transparency around their employer’s compensation policies.

For instance,  providing your employees with a total rewards statement can help them understand how much you’re spending on them. Given the cost of living crisis impacting both UK and US employees, this move could help reassure your employees that their compensation is competitive and reduce turnover.

You might also consider performance-based pay across all geographies. Workers who have a clear understanding of how their pay is calculated and how they can earn their next raise will be far more likely to perceive their compensation as fair.

4. Use stipends to support local priorities.

Global HR teams could also consider setting standardised pay brackets based on location, with a certain percentage of the benefits package reserved for the priorities of a given workforce. Instead of providing specific benefits, it might be preferable to provide a stipend that varies per location.

For instance, commuting is a major cost for UK employees. Price comparison site Confused.com estimates that British workers spend around 300GBP per month on commuting. In that case, a stipend for travel costs might be welcome. For US employees, the same stipend might be put towards healthcare costs.

Spurling agrees that stipends can “work like a charm” in global companies.  “Stipends allow companies the ability to reinforce values and goals (as well as budgets and compliance!) while still supporting employees across different countries, local cultures and preferences, and currencies. Stipends can be a great equaliser in ensuring a consistent company culture and value system while allowing for personalization at local and individual levels.”

Compensation priorities may vary — but employees on both sides of the pond have much in common.

Your UK and US employees will not necessarily share the same expectations or priorities when it comes to compensation. However, on some points they are remarkably united. Our 2021 survey of both US and UK employees found that:

In other words, your employees have many similar priorities, no matter where they live. To create a fair and equitable compensation package for both British and US workers, you simply need to put your money where your mouth is, and start by evaluating your organisational values, and then create policies that reflect those values. Communicate your policy decisions with transparency, and review your compensation against the cost of living frequently.

For a comprehensive approach to creating a global compensation strategy, download our free Guide to Setting a Compensation Strategy. How to Shape Total Rewards Strategies Within Your Employee Value Proposition Addressing the Cost of Living Crisis With Your Total Rewards Strategy 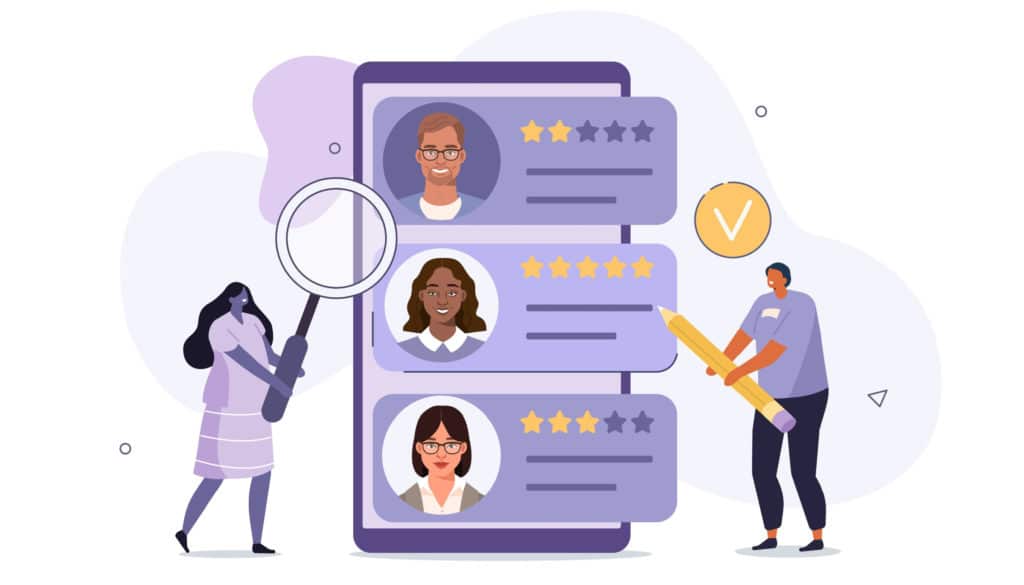 How Banks Can Use Alternative Talent Models 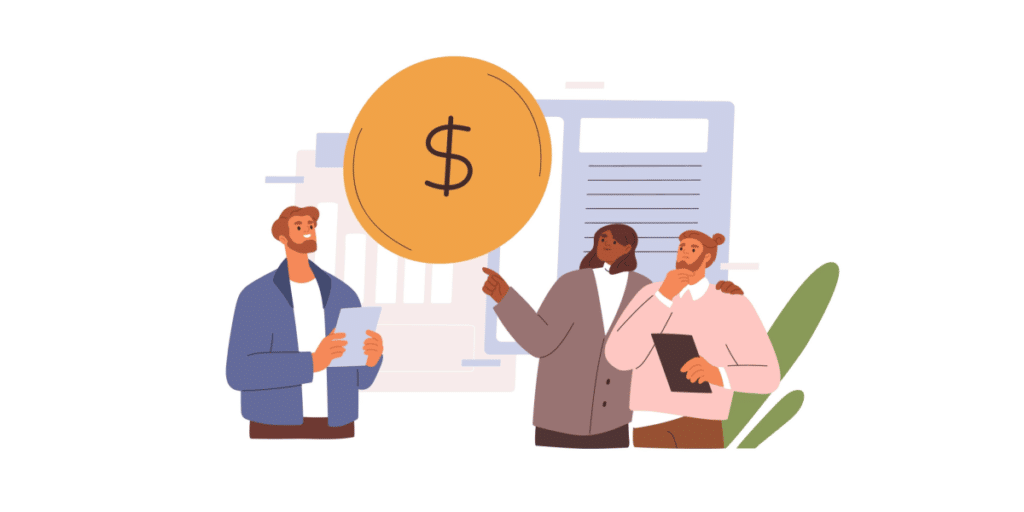 What Every HR Leader Needs to Know About ‘People Debt’ How to Prioritise DEIB in a Global Organisation