Check it out and join the community
Employee Growth

The Path: “The process and journey are there for a reason and what you learn along the way is invaluable.” The Path profiles people working in what we think of as “dream jobs,” living their best professional life, and looks at the people and practices that helped get them there. We talk to these amazing folks about how goal setting, great managers, tough conversations, and key moments of praise helped set them straight or lift them up at instrumental moments and take them where they are now running the show.

In 2016, a new, ultra-Instagrammable workspace hit the scene, forever changing conceptions of the modern coworking space. The first location of The Wing cropped up in New York City’s Flatiron District after the company raised nearly $2.5 million from a cohort of majority-women seed investors. Since its founding, the company has raised $117.5 million, and now operates a total of eight spaces, including San Francisco, Washington D.C., and West Hollywood.

The Wing is now home to thousands of members who use the space to work, network, and build community. But what is it like to be a part of the company? Geneva Peschka is the Community Manager at The Wing, where she supports membership experience, executes and hosts all community events, and fosters relationships with neighboring communities and organizations. Basically, her job is to ensure that community members are happy, engaged, and supported in their experience as members of The Wing.

Coming from a background of hospitality and entertainment, she previously spent years working at a production company and is also a documentary filmmaker in her own right. Geneva initially applied to become a member of the Wing, and then eventually applied for a job as she saw the company’s rapid growth. More than two years later, Geneva has dedicated herself to growing The Wing’s community and facilitating meaningful connections in the space and beyond. We chat with her to learn about why open communication is at the crux of her work, how she learned to speak up, and why a circuitous career path can be a valuable asset.

What did you go to school for and what did you think you wanted to do when you were younger?
‍I grew up wanting to be a human rights attorney with the dream job of working at The United Nations. I went to school for television and broadcasting. I ended up not completing the program and moving to Toronto with the goal of diving into the industry.

How did you end up getting hired for the position you’re currently in?
I moved to New York City nine years ago and spent years working at a production company, managing the office, supporting the directors, and building the culture of the space. While there I started working on my first documentary independently, called Unspoken. After working at the production company I worked freelance for a while.

At that time, I applied to be a member at The Wing. The space wasn’t yet physically open and I had no idea what it would be like; I just knew I wanted to deepen my community. I’ve had social anxiety my whole life, and when I joined, I felt supported and comfortable and started to put myself out there a lot more. I’ve always been a collector of people and love bringing people together to connect, exchange, and hopefully become friends with each other. I knew the company was expanding and decided to reach out for a job. I ended up getting the role of Community Manager which was actually a perfect fit as it married my love of personal connection and community-building.

Tell me about someone who’s made a significant impact on your career trajectory?
‍My mom was a single mom of three and sacrificed a lot for us to have access to things that were beyond her direct reach. She is one of the hardest working people I know and brings so much heart to her work. To her, nothing is transactional; it’s authentic and real. She makes people around her feel seen and heard and this is something I model myself around. She has instilled in me my worth and that anything is possible. She made sacrifices so that I could live out my dreams and many of them overlap with hers, so my achieving my dreams is for the both of us.

What are some daily habits you absolutely make sure to schedule into your day?
My morning routine is really important to me. I take about 20 minutes to meditate and pray so that I can start my day with balance and clear focus. This sets the tone for my day.

What do you love most about your job?
‍The amazing people I meet and get to know. I’m very curious by nature and the amount of people I get to interact with on a daily basis is really incredible. I love human interaction and the beautiful exchange that comes from it. Being able to help create community and see people and relationships flourish in front of your eyes is an amazing thing.

Has there been a time when someone took a chance on you? Do you think it’s important to take chances on others?
‍There have been many times that people have taken a chance on me. One that sticks out the most is with my old boss and mentor Igor Khait, who passed away a few years ago. Igor gave me the opportunity to get my foot in the door at the animation studio as an executive assistant to the directors and producers of a feature film, something I had never done before at the time. I was new to the industry and had never had a role like that but he gave me the chance and believed in me. He helped guide me in my early career and was amazing at the work he did. He was a very kind man with lots of integrity and such a joy to work with.

I think we absolutely have to take chances on others. Not everyone comes from the same background or has the same access to resources or education—I certainly didn’t and know firsthand the value of access to opportunities.

Often, we take leaps that might be new for us or can be scary if it’s something we are not familiar with. Having someone say something like, “I love how you led that event and took the lead,” is a supportive way of saying I see you, I appreciate you, and you’re doing great! This is something in my career that I’ve greatly appreciated and benefited from and that helped me to build confidence, so I focus on doing this with others as well.

What’s been the biggest learning lesson in your career so far?
I’ve had the opportunity to work in a lot of areas which has helped widen my lens. You have to be open to change. Things don’t always work out as planned, but there are so many invaluable lessons in those unknown moments that can lead to growth and to a path that’s more aligned with you as a being and your purpose. Embrace it.

Tell us about your first experience as a manager. What have you learned since then?
‍I had a manager role early on in my career when I was in my early 20’s. Being so young and lacking self-confidence, I didn’t speak up as much as I could have, I also didn’t have the tools I needed. Over the years, I have learned so much about myself and others, and the importance of delivering feedback directly and creating an open supportive space to do so. I’ve learned this from what I’ve personally needed and wanted. I believe honest conversation between individuals creates safer authentic spaces to communicate—this really has come to apply to all areas in life.

What do you think makes a good leader?
Authenticity, patience, an open lens, and respect.

How do you approach difficult conversations with your team and other colleagues?
‍Open communication. To me, this first starts with building open and safe relationships. This involves creating the space to be honest, transparent, and authentic with others without judgement. When you create this type of environment with others it sets a tone of respect for you and them which I feel makes it easiest to have conversations.

When working with my community associate, event support, or other staff, I focus on empowering others, encouraging them to take the lead, and share their thoughts or input. If you have this framework from the beginning it makes any conversation easier to have. You have set the groundwork for respect and a space to be honest.
‍
Has goal-setting played into your career?
‍I used to really focus on dates and noticed I was hard on myself when something didn’t happen when I wanted it to. Now, I focus on the goal and work towards making it a reality in the time it’s supposed to manifest. It’s lighter and feels better.

What do you think managers and leaders need to be doing to create better workplaces?
Communication is so important and creating spaces where communication has a healthy flow really benefits the team and organization as a whole. Empowering your staff and creating open opportunities for growth.

What advice would you give to your younger self?
Be gentle with yourself. Everything comes when the time is right. The process and journey are there for a reason and what you learn along the way is invaluable. 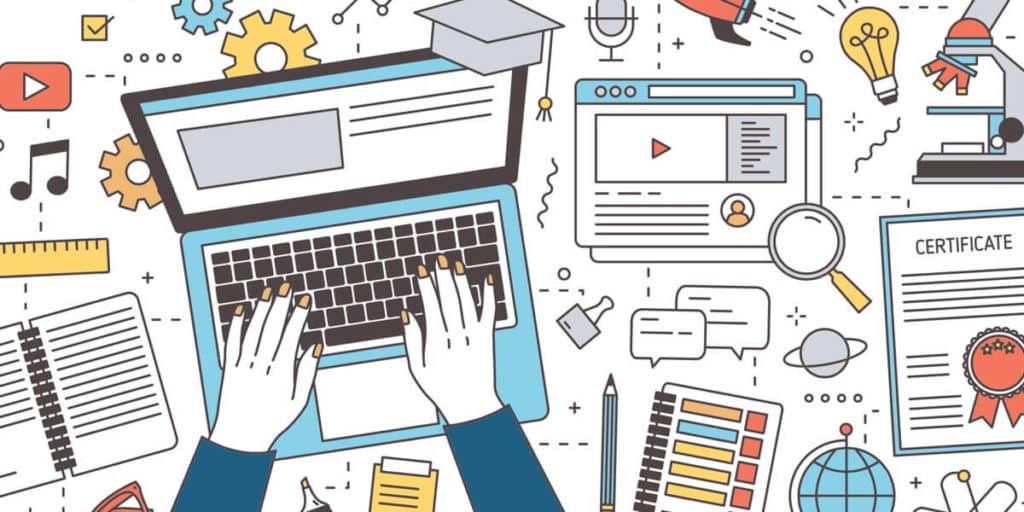 How to Roll Out a Successful Learning and Development Program 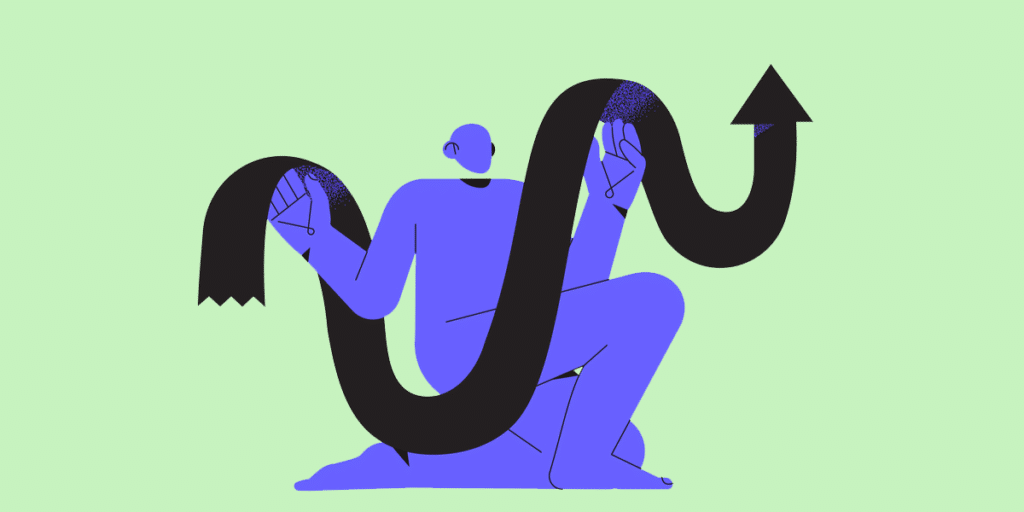 How to Make Employee Development Part of Your Culture How to Change Your Career Track 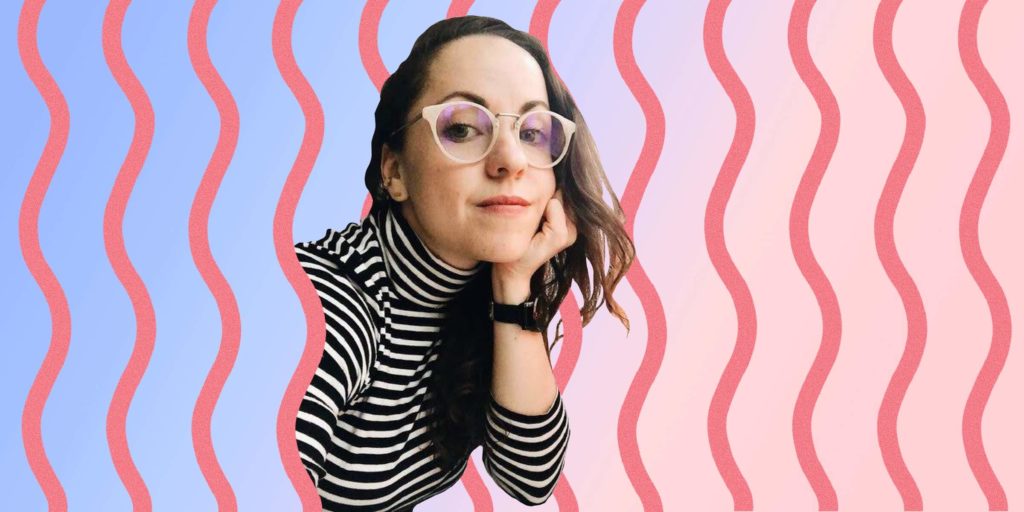 The Path: “Always believe in your work and to never hesitate to take chances.”