In fact, many transgender people can be fired for coming out at work and often experience higher rates of unemployment due to facing tremendous obstacles in the workplace. However, a workplace can help reduce the stressors and cultivate a more inclusive space by taking a series of steps.”

“Cisgender people often think they know how to be inclusive of trans folks (or simply don’t realize that trans folks have distinct needs), but 99% of the time they’re missing something vital — which puts trans employees or consumers in the position of having to beg management to consider and accommodate their basic human needs,” explained Molly Woodstock, a gender and equity educator, in an interview with Lattice.

“It’s incredibly important that management is willing to admit that they don’t know everything about trans topics; to spend money on trans consultants and educators; and to embody the advice given by those educators. If management can’t model inclusivity and equity, the company will never feel truly safe for trans folks,” they stressed.

Here are just a few steps you can take now to help make your workplace a safer environment for transgender people.

To foster a gender inclusive environment in your organization, managers can also work on integrating smaller changes while making long term plans for bigger, structural changes.

Many transgender people, for instance, have great difficulty accessing restrooms that match their gender identity. To make your workplace more accessible, incorporate gender neutral bathrooms. While this may be more easily done with single stall bathrooms, bathrooms with multiple stalls can also be transformed into gender neutral bathrooms; it’s often a matter of changing signage to indicate the change. In the event this happens, be sure to include menstrual products and other hygiene products in both restrooms—because all genders use different types of hygiene products.

During workplace sensitivity trainings, a third party invites employees and managers alike to increase their social awareness. By having difficult conversations — from racial bias to sexual harassment — the workplace is forced to reconcile with how systemic oppression impacts their professional relationships and how they interact with one another.

By adding gender inclusivity to these trainings, this may be the first time many cisgender employees are exposed to gender education. In Woodstock’s version of these trainings, she provides working definitions of what it means to be transgender and non-binary, of the difference between gender and sexuality, and other fundamental concepts.

“Often, marginalized employees are not listened to or taken seriously when voicing concerns about inequity or discrimination,” Woodstock explained. “Third-party trainings give an opportunity for those employees to have their experiences validated and supported by an authoritative (and fairly compensated) outside source, without having to take on the extra (unpaid) labor of educating the entire workforce about their own identity and marginalization.”

These trainings lay a foundation that managers should build upon. They’re not meant to serve as a one-time event, they’re often the catalyst for creating a cultural shift within an organization. But oftentimes, it can be up to managers to steer the organization forward.

While training can emphasize the importance of normalizing asking for each other’s pronouns, a manager should integrate this practice in the workplace themselves with intent. They can encourage those to add their pronouns to their email signatures, incorporate it into the onboarding process, and more—but it should come from the top down. Plus, shifting the culture for the better won’t only help present and future trans employees, but also any trans customers as well.

“In my opinion, a manager’s most vital role is creating a space where employees feel safe enacting the lessons they learn during trainings,” Woodstock stressed. “Upper management has a huge influence on company culture, and it’s their job to signal that the company has a serious commitment to incorporating and embodying the material from the workshops, rather than merely sitting through a 2-hour training and then continuing business as usual.”

Make a plan to ensure trans people are protected against discrimination

Depending on state and locality, certain protections are in place to protect trans workers. In their bill of rights, the NCTE insists trans workers are protected by Title VII of the Civil Rights Act of 1964, the Civil Service Reform Act of 1978, executive Order 13087, and executive Order 13672. In a nutshell, trans people should be afforded the rights to live authentically at work as they do off the clock.

However, there is progress yet to be made. According to the Society for Human Resource Management, federal appellate courts have historically disagreed on whether workplace gender-based discrimination under the Civil Rights Act protects the LGBTQ+ community, rather than exclusively women. Even today, Supreme Court Justices have differing (and troubling) opinions on this topic.

In the absence of stronger federal and state protections against gender-based discrimination targeted towards trans people, managers can find ways to protect their employees at work.

Madeline Moran, a communication specialist with a background in gender education, explained to Lattice: “Just because the state doesn’t protect trans people doesn’t mean that individual companies don’t have to. Organizations can develop their own models to foster more inclusive spaces on their own. While mandatory reporting, for instance, may not be in place for discrimination against trans people, managers can play a role in creating a reporting system for when employees violate code of conduct, such as by redundant, blatant misgendering and/or deadnaming of a trans employee.”

Managers should be prepared to handle uncomfortable conversations because unfortunately, there is an education gap for those outside of the trans experience. Almost inevitably, cisgender people will ask inappropriate questions; while these questions (or comments) may come from a place of good intentions, they could have a negative impact on trans employees and clients alike.

“It’s incredibly helpful for managers to simply give employees permission to be active bystanders and stand up for themselves and each other without repercussions,” Woodstock added. “Employees should be able to, for example, correct colleagues/managers/clients/etc. about pronouns without fear of reprimand. It would be great to see managers be willing to cut ties with clients or colleagues who are repeatedly unwilling to treat all people with respect and courtesy, whether that’s evident through intentional misgendering or bigoted comments.”Managers should have a plan to discipline said employees, but also include a framework for comforting those unfairly harassed. Even when trans people are mistreated at work, it’s the managers’ responsibility to restore their safety within the workplace. Also, doing this helps your workplace dodge the possibility of a lawsuit, and its associated costs, the Human Rights Campaign emphasizes.

“Transgender people shouldn’t ever feel afraid to speak up for themselves, especially while performing their jobs,” Moran mentioned. “When they experience harassment from a co-worker, or customer, or even someone more powerful in an organization than their direct supervisor, they should feel supported by their managers. Managers have a professional duty to not only believe trans people when they are being mistreated, but validate their gender identity.”

Although transgender people face high rates of discrimination at work, managers can take a proactive approach to ensuring their workplace is welcoming to people of all genders. 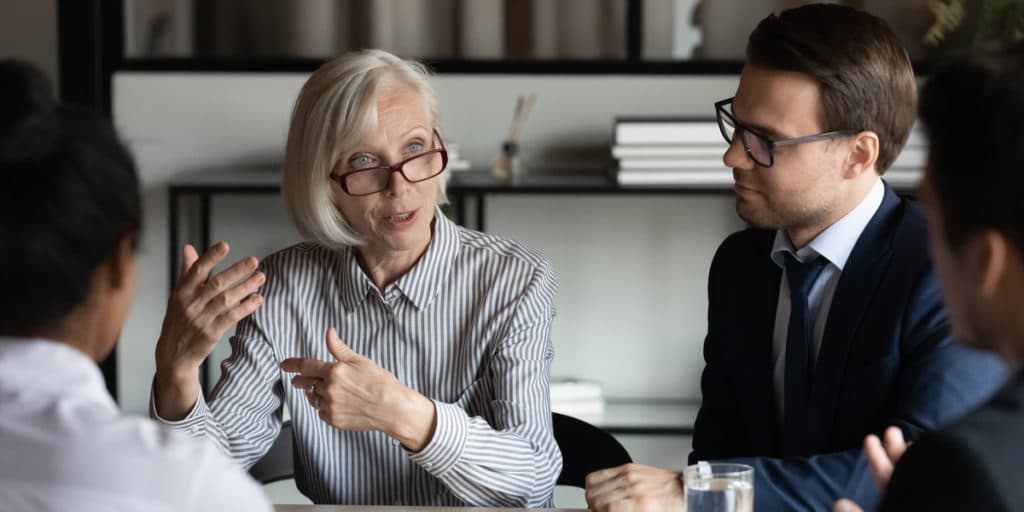 4 Ways to Include ‘Gig’ Workers in Your Company Culture