Lattice in Raconteur: Beat the Great Resignation with a thriving culture
Read now →
Text LinkThis article is part of Lattice's Magazine for HR Professionals. Check it out and join the community
Goals and OKRs

How Making Assumptions Can Sabotage Your Goals 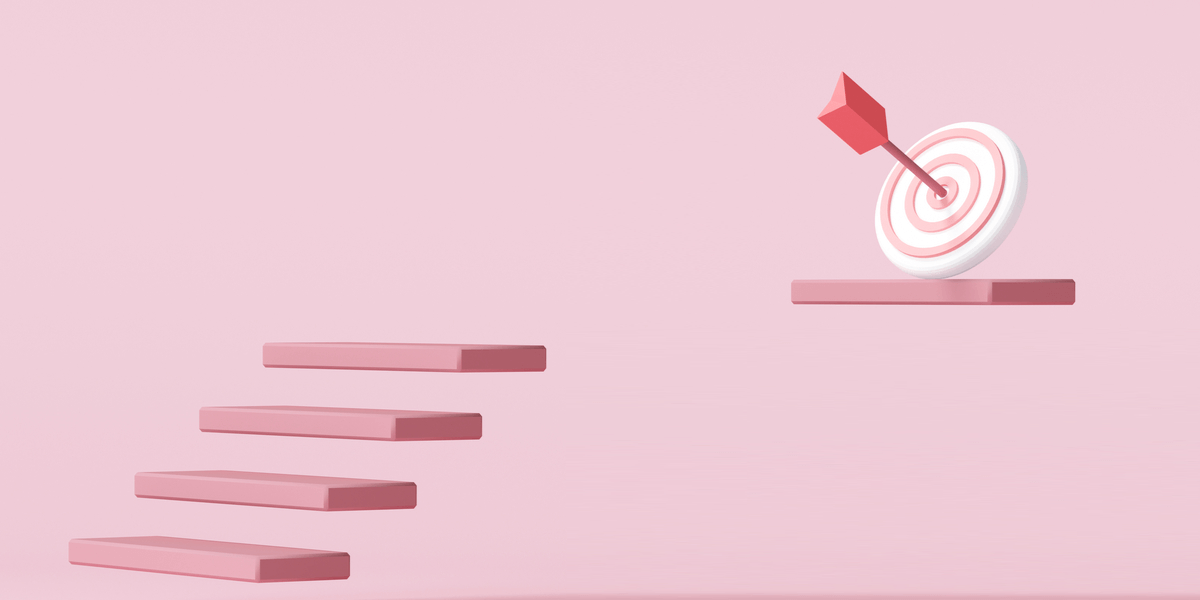 This story is a guest contribution from Farrah Mitra, founder of Green Reed, a leadership development and executive coaching company.

“Things will fall apart if...”

“If I don’t respond to emails quickly, people will get annoyed.”
‍
Sound familiar? We all make assumptions every day. They pop up when you think you know what’s going on in someone else’s head: “My boss is angry because I did a bad job.” Other times, you don’t even realize these deep-seated beliefs exist: “If I don’t do things perfectly, I will lose my job and my family’s security.”

Some assumptions are minor, others have deeper consequences that if true, make them scary as heck, but in both instances, they can hold you back in the form of self-sabotage or the inability to move forward.

As a very personal example, I always wanted to eat healthier and lose weight, but had never been willing to give it a decent try. As someone dedicated to self-improvement, this was baffling. I knew it was important to do so, almost critical since it would alleviate my back pain, but I couldn’t figure out what was holding me back. The mystery was solved after I attended a course where I learned the “Immunity to Change” model. The key for me was learning how to identify those tricky assumptions and test them through safe and moderate experiments.

Back in 2019, I tried these techniques. In doing so, I realized that I assumed eating healthier would be time-consuming, limit quality time with my kids, and eradicate dinner dates with my husband surrounded by delicious yet high caloric food. When I put these assumptions under a microscope I saw a pattern. It came back to time. I grew up with immigrant parents who worked long hours and couldn’t be there with us as much as they wanted. Also, my husband and I tend to be tired after a long day of work and bedtime negotiations with our kids, so quality time together is already limited. No matter how much I wanted to lose weight, less time with both of them was never going to “beat” the goal of losing weight — they were “competing commitments.”

I began to test these assumptions through the concept I learned of “safe and moderate experiments.” I set out to cook a healthy meal four nights for one week and learned this: thoughtful grocery shopping, meal planning, and cooking does take more time. My assumption was right, but I also realized that it’s worth it. But my other assumption of losing out on quality time with my family didn’t come true! I am feeling pride in eating better, feel more in integrity with my value of self-improvement, and I am losing weight. It’s been over a year and eating healthy is less of a chore and more our new way forward.

When you surface assumptions and test their validity, you can more easily update your operating system and thrive. This can also be applied in your professional world. Take Frank, an executive client, who was focused on being a fantastic manager for his team and thus spent less time managing up, building relationships with his executive team, and thinking about the broader vision for the company. He was highly supportive of his team and prided himself on being always accessible and eliminating obstacles and roadblocks. But this commitment came at a cost: he avoided speaking up in executive meetings and wasn’t spending enough time forward-thinking. Being a hands-on manager was a good distraction for him. Here’s how we dug into the problem:

1. He identified and shared his assumptions. Together, we worked through why he was spending the majority of the time with his team and said his assumptions out loud. “I need to be there for my team or they won’t be okay”; “Working with exec team creates personal anxiety”; “My voice isn’t important.”
‍‍

What you can do:
Journal. Ask yourself, “What about this is the hardest?” “What am I most trying to avoid?” “What am I most scared of?” “Where do I think this is coming from?” “What about my childhood might be causing this?” And share assumptions with others or a coach to help you gain awareness, realize their validity or invalidity, and start to break the bonds.‍

2. He tested new actions and behaviors. He reorganized this calendar to better balance his time. He found specific places in executive meetings to speak up, and tried focusing on building a relationship with one other executive with whom he felt comfortable. He worked to be open to and believe the feedback that his voice did matter.
‍

‍What you can do: Think of what you can do to test your assumptions that “feels safe and moderate.” Try a new behavior or ways of seeing things differently. Do it and see what happens. For example, if you are worried that to be stimulated you have to work at hyper-growth companies where people work long hours, you could talk to a like-minded friend who works at a larger established company to learn about their experience. If you want to give your team members more ownership, choose a low-risk meeting not to attend and then assess the impact.

In the end, Frank restructured his team to give others the opportunity to step up and also lead. He learned that this was another way he could support the team and their growth. This then allowed him to be more present with the executive team creating more balance. Ultimately, Frank learned that leadership requires a holistic team mindset — having a bigger-picture perspective is what will help the organization and team in the best way possible.

Farrah Jessani Mitra is a Radical Candor coach and founder of Green Reed, a leadership development and executive coaching company.

5 Strategies for Having Challenging Conversations at Work 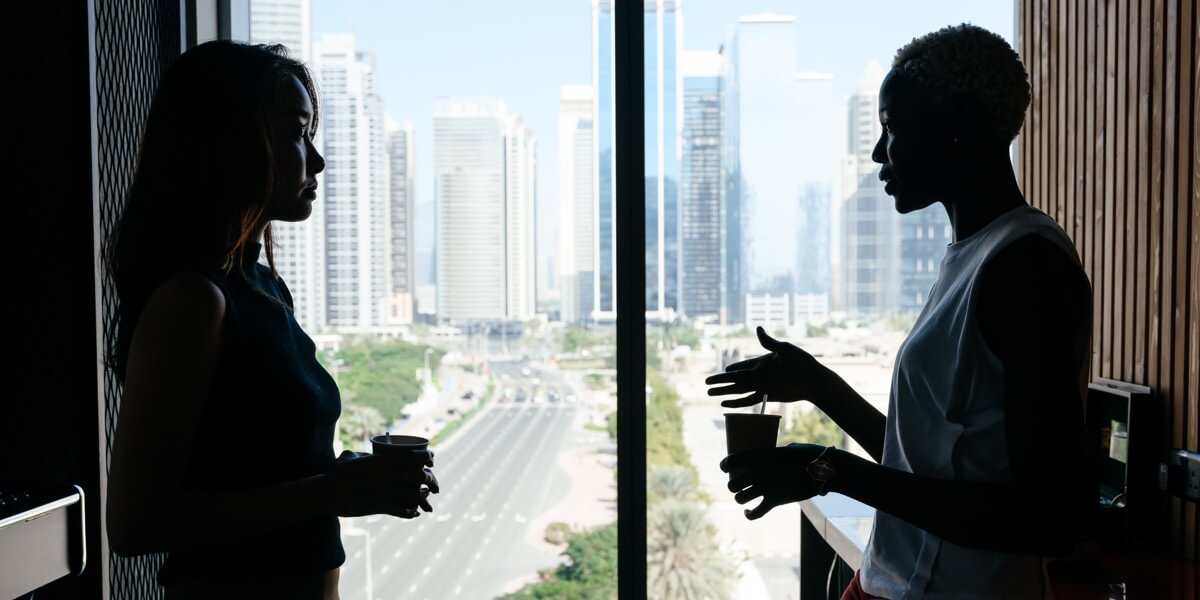 How (and When) to Revisit Your Goals 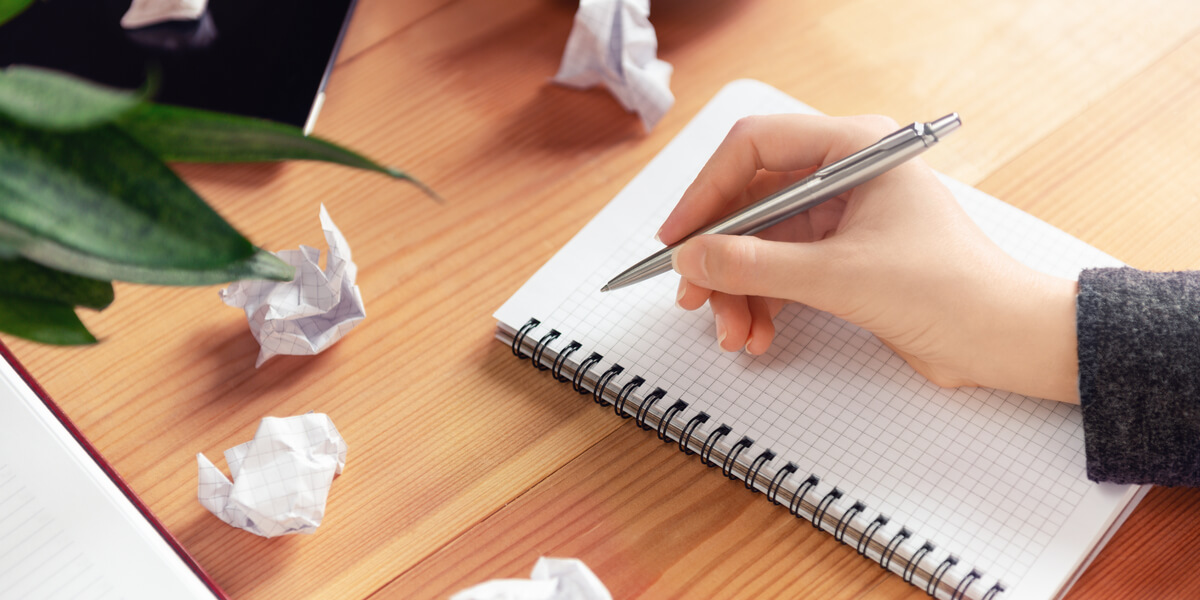 Here’s Everything You Need to Know About OKRs 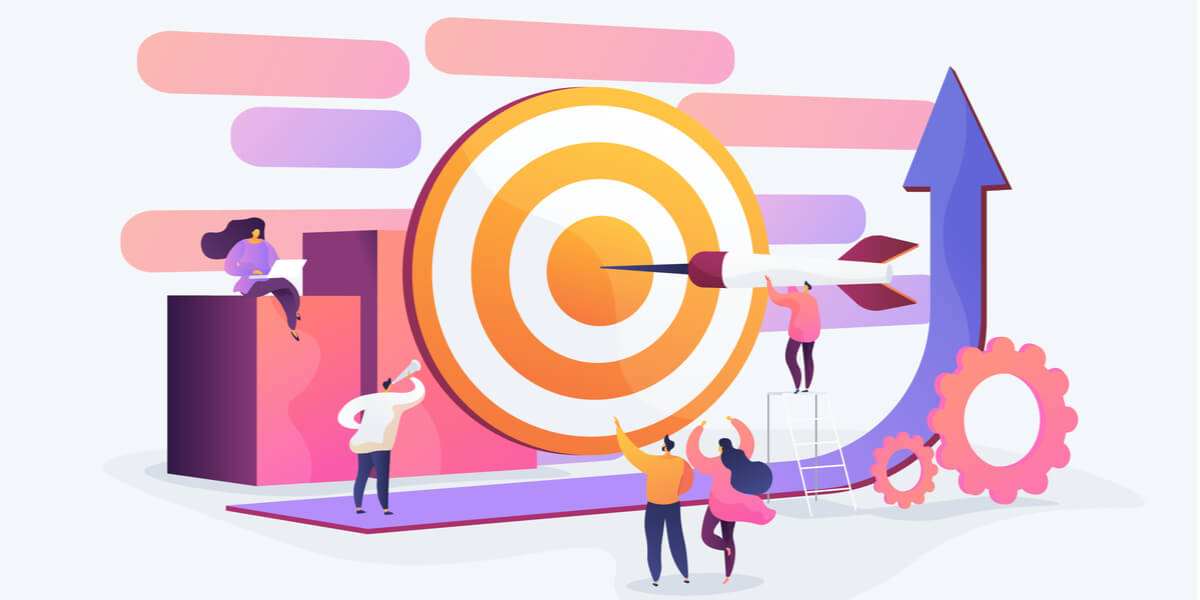 The Complete Guide to OKRs 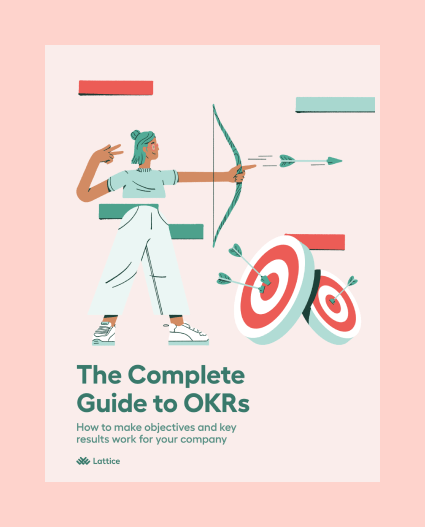 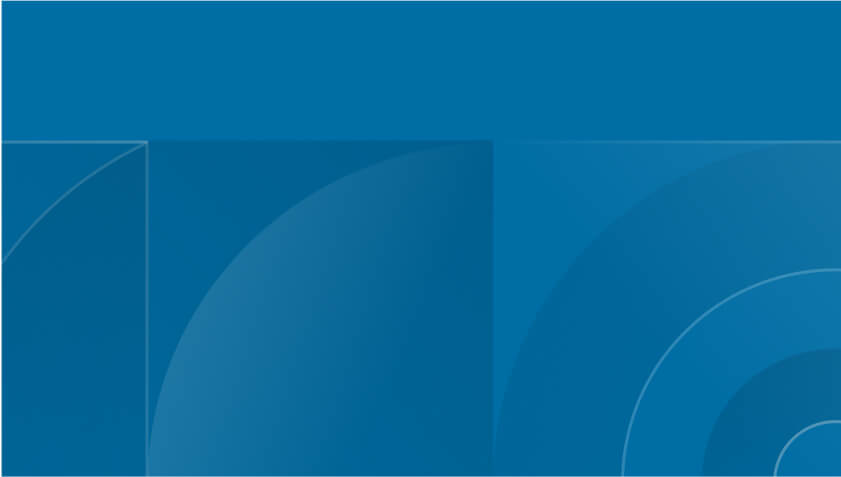 How Making Assumptions Can Sabotage Your Goals 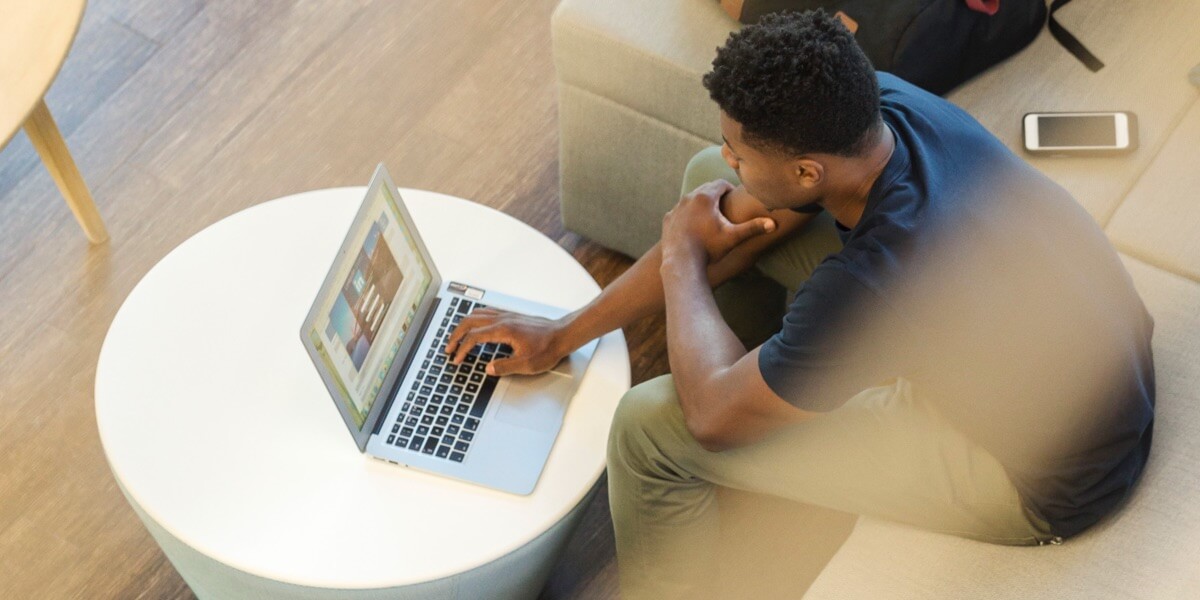 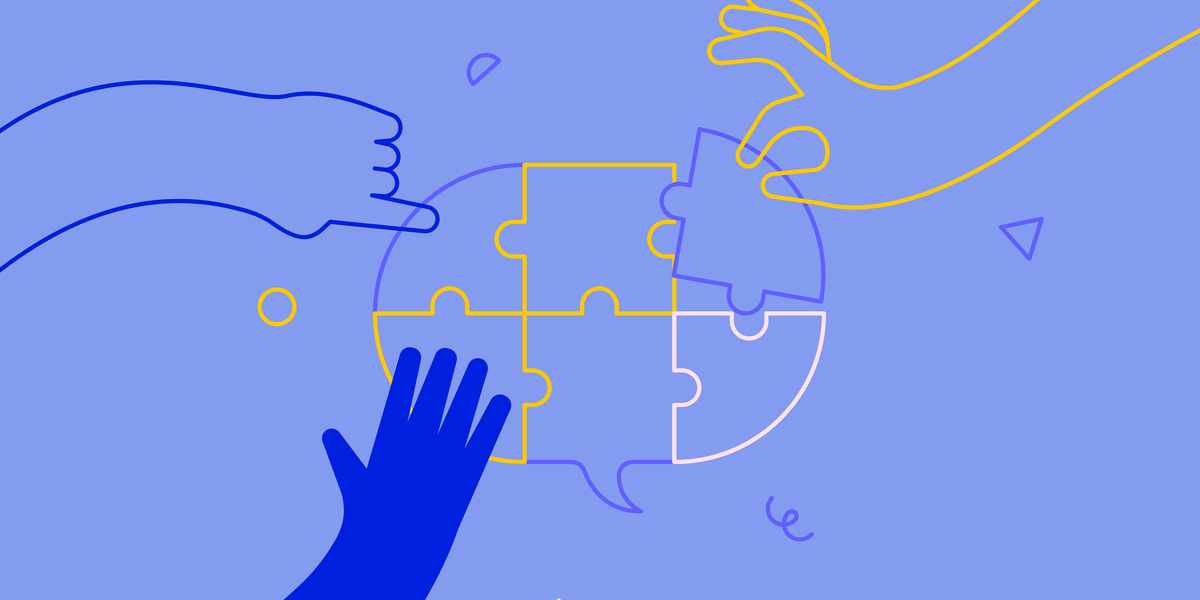 How to Set Goals As a Team

How (and When) to Revisit Your Goals